Call it Cold War 2.0 or any other name, it is beyond doubt that Russia and the West are at a lowest point in their relationship since the dissolution of the Soviet Union in 1991.

The reset of ties that President Donald Trump promised to usher in is over before it even started, cut short by the scandal over Russian interference in the US elections and the US strikes against Bashar al-Assad’s regime in Syria.

After insisting that US support for NATO is conditional on allies paying in their fair share, Trump is now reassuring everyone that the commitment is “ironclad”.

But can this low point in relations actually lead to a direct conflict between Russia and NATO?

The war in Eastern Ukraine goes on underreported and Vladimir Putin ratchets up his rhetoric. In a statement on 12 April, he pledged to fight back “colour revolutions” in any of the post-Soviet countries within the Russia-led Collective Security Treaty Organisation: Armenia, Belarus, Kazakhstan, Kyrgyzstan, and Tajikistan.  As ever, Russia is ready to cut deals with the West outside its “near abroad” but insists that the latter should stay off limits.

The vexing issue is where the line is drawn separating the Russian from the Western spheres of influence. The three Baltic states fear that they, too, could fall prey to Russian aggression. The traumatic memories of their annexation in 1940 by the Soviets have left a deep imprint. Justifiably or not, the presence of Russian-speaking communities makes the Crimean precedent painfully relevant to Estonia and Latvia.

Putin's calculation appears to be that the scarier he seems, the more political traction he has.

It is hardly surprising that those nations have cheered NATO’s decision to upgrade its role, switching from “reassurance” to “enhanced forward presence”, to use the alliance’s lingo.  Not only has NATO developed contingency plans on how to counteract a putative Russian invasion but also resolved to send in battalion-size battlegroups in each of the three Baltic countries, as well as Poland.

The deployment of the 4,000-strong contingent with contributions from 16 member states should be done by next month, with Germany in charge of the force in Lithuania, Canada in Latvia, the United Kingdom in Estonia and the United States in Poland.

In parallel, NATO’s Warsaw Summit (July 2016) gave a green light to a “multinational framework brigade” in Romania, which is essentially a platform for reinforced cooperation with Poland, Bulgaria, Turkey, Canada, US, the Netherlands and Germany.

What NATO is after is not necessarily matching Russia’s military capabilities along a vast territorial stretch from the Baltic to the Black Sea. In the north, the Atlantic Alliance will need a three-times greater force to repeal a direct attack. Russia has furthermore turned Crimea into a fortress, to use Putin’s own words. The build-up of naval forces and coastal defences along with the deployment of strategic bombers and advanced anti-aircraft missiles consolidated Russian supremacy in the Black Sea.

However, NATO is setting tripwires and signalling to Putin that it will stand its ground and escalate in the event that Russia crosses the line.

Rightly, many security experts are troubled that the standoff can get out of hand.  Russia has responded to Western build-up by incursions in NATO airspace, harassing US and allied ships and aircraft in both the Baltic and the Black Sea, kidnapping an Estonian border guard, launching snap exercises rehearsing invasion or even a nuclear strike in the Baltic, and deploying nuclear-capable Iskander missiles in the Kaliningrad enclave tucked between Lithuania and Poland.

Russia has issued blunt threats against Finland and Sweden in case they abandon neutrality in favour of joining NATO. It is pressuring Belarus to establish an airbase on its soil. Under a nightmare scenario, a minor incident – such as civil unrest by Russians in an Estonian border town – might escalate into an Eastern Ukraine-like insurgency and, heaven forbid, pit NATO against Moscow into a direct military clash.

Russian aggression has its limits

Not to be easily dismissed, these fears are in all likelihood overblown. As Mark Galeotti of the Institute of International Relations Prague noted, “Putin’s calculation appears to be that the scarier he seems, the more political traction he has”.

The confrontation with NATO wins points inside Russia where a majority sees the alliance as a threat.  But Putin is not in a position to bully NATO in Eastern Europe or indeed haggle with the West using the standoff as a bargaining chip.

The attention of the US and other major players in NATO is focused on Russia’s moves in Syria. In their assessment, they have done enough to reassure the Eastern Europeans through enhanced forward presence as well as the enlargement to Montenegro (whose accession was recently endorsed by the US Senate).

Russia is talking again to the Atlantic Alliance, after ties were frozen in March 2014.  Last month, the Russian chief of staff General Valery Gerasimov was on the phone with General Petr Pavel who heads NATO’s Military Committee. There is a mechanism in place to avoid unwanted crises spiralling out of control.

Russia will continue probing NATO to expose the weak spots and the cracks in its defences. But one should not forget that it faces its own constraints. The economic crisis besetting Russia has already resulted in cuts of its defence spending. The ambitious modernisation programme of its arms forces is bound to slow down.  Moscow is already overstretched in Eastern Ukraine and Syria.

Last but not least, 2018 will be an election year for Putin who will certainly win but will struggle hard to demonstrate that popular enthusiasm for his leadership has not waned.

Russia comes into the spotlight when it throws its weight around in international politics but, in truth, the important story is what goes on domestically in Russian society.

Dimitar Bechev is a Nonresident Senior Fellow at the Atlantic Council and Research Fellow at University of North Carolina – Chapel Hill. He was formerly Senior Policy Fellow and Head of Sofia Office at the European Council on Foreign Relations and lecturer at the University of Oxford. 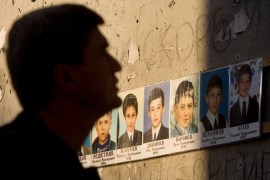 Kremlin objects to the ruling that blamed Russia for deaths of more than 300 hostages in 2004. 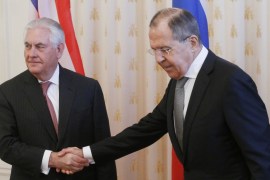 Future of the Syrian president on the agenda of US secretary of state’s visit to Moscow.

Serbia-Kosovo deal: Can the EU succeed where Trump failed?