Israeli bombs have landed near Syria’s Damascus International Airport as warplanes targeted arsenal storage sites for the Lebanese armed group Hezbollah, according to a monitoring group.

The UK-based Syrian Observatory for Human Rights said on Friday that the overnight attacks resulted in “destruction and damage in the places where the missiles fell” and “the explosion shook the Damascus International Airport.”

The attacks were the latest in a series of Israeli attacks on Syria, where a six-year civil war has devastated much of the country and displaced millions of citizens.

Last month, a senior Israeli official vowed that Israel would bomb Syrian President Bashar al-Assad‘s palace in Damascus if Iran continued to expand its territory in the war-torn country.

In August, during a meeting between Israeli Prime Minister Benjamin Netanyahu and Russian President Vladimir Putin, a close ally of Assad, Netanyahu voiced concerns about the presence of Iranian forces and Hezbollah in Syria.

The Syrian conflict began in March 2011 against the Assad government, but it morphed into a full-on civil war that has killed hundreds of thousands of people, according to the United Nations.

Throughout the years, opposition forces have grown deeply divided, many of them fighting the government and the Islamic State of Iraq and the Levant (ISIL, also known as ISIS) simultaneously. Other rebel factions have fought one another.

The war has since evolved into a complex, multi-front conflict involving government forces, Syrian rebels, Kurdish fighters and armed groups, including ISIL.

The Assad government, backed by Russia and Iran, has found itself at odds with the US, Turkey and others who have backed rebel forces.

On Thursday, Russia warned the US it would target US-backed armed groups in Syria if Russian troops again came under fire.

The “de-escalation” zones, agreed by Turkey, Russia and Iran, would be further discussed in talks with Putin during the Russian president’s trip to Ankara next week.

“Under the agreement, Russians are maintaining security outside Idlib and Turkey will maintain the security inside Idlib region,” Erdogan said.

“The task is not easy … With Putin, we will discuss additional steps needed to be taken in order to eradicate terrorists once and for all to restore peace.” 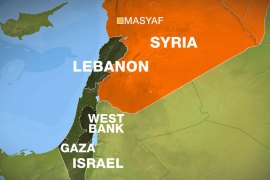 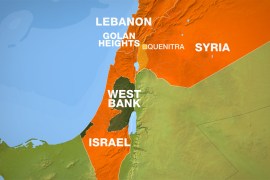 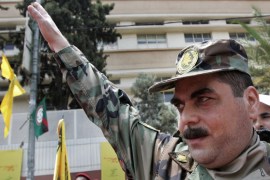