On June 6, Governor Jerry Brown of California sat down in an elegantly decorated room in the Great Hall of the People to meet with President Xi Jinping of China. The imposing building on the western edge of Tiananmen Square, Beijing, is routinely used for the reception of foreign dignitaries and state ceremonies; for the Chinese leader to have a 45-minute conversation there about climate policy with a US state governor – rather than a representative of the federal government – was something extraordinary.

“California’s leading, China’s leading,” Brown said at a news conference after the meeting. “It’s true I didn’t come to Washington, I came to Beijing.”

Brown’s meeting with Xi took place a mere five days after President Donald Trump announced that the US would withdraw from the Paris climate accord, and according to Ann Carlson, a professor of environmental law at UCLA, this timing mattered.

“Governor Brown is essentially signalling to the world that he is going to be the face of progressive climate policy in the United States,” Carlson told Al Jazeera.

The decision by the Trump administration to pull out of the Paris accord sparked condemnation from both within and outside the US.

French president Emmanuel Macron said in a speech at the Elysee Palace that the decision was a “mistake, both for the US and for our planet”.

“Wherever we live, whoever we are, we all share the same responsibility: make our planet great again,” he said.

With Trump withdrawing the US from international leadership in climate change policy, Governor Brown appears to be stepping in to fill the void. On the day of Trump’s announcement, Brown issued a statement calling the administration’s course of action “misguided and insane”.

“Trump is AWOL but California is on the field, ready for battle,” he said.

“China and Germany – two of the most powerful countries in the world – are working with California and with other states to deal with climate change,” Brown said in a statement. “The current withdrawal from the Paris accord by the Washington administration is being overcome and countermanded by people throughout the whole world.”

In recent months, Brown had already met with the environmental ministers of Canada and Mexico. On June 13, he was named as a special adviser for the next United Nations Climate Change Conference, which will take place in November in Bonn, Germany.

“I don’t think we’ve ever seen anything quite like this effort by a governor to engage with foreign governments to signal to the world that the Trump administration’s climate policy does not represent what millions of Californians certainly think about what we should be doing to protect the planet,” Carlson says. “[It] really is unprecedented to make a state governor a de facto leader of strong climate policy politics in the US.”

Often the first state to enact new progressive environmental policies, California has, with decades of experience, earned the reputation of being at the forefront of the US environmental movement.

“We’ve been at this for a long time,” says Mary Nichols, head of the California Air Resources Board.

“We’ve been pioneers in terms of new ideas and new concepts for how to go about protecting the environment and politically this has been under both Democrat and Republican governors. These programmes have always survived because fundamentally people in California recognise that our environment is our biggest asset.”

But it’s not just bipartisan support for environmental policy that has put California in a position of leadership. Its special role in the policy domain derives from the state’s ability to set its own tailpipe emissions standards; it’s an advantage enshrined in federal law and stems from the state’s historic problem with air pollution in urban areas.

In 1943, Los Angeles experienced its first big smog; it was so thick that some residents thought they were under chemical attack by Japan.

By the mid-1950s, scientists had established that tailpipe fumes were to blame for the pollution. Throughout much of the second half of the 20th century, southern Californians were regularly exposed to bouts of smog which would sting their eyes and give them sore throats. On particularly bad days, sport activities were cancelled and children were told to stay indoors during school recess.

Recognising the severity of California’s problem, a 1970 amendment to the federal Clean Air Act gave the state special authority to regulate vehicle emissions.

California became the only state in the country that can obtain a waiver from the Environmental Protection Agency (EPA) to set its own emissions standards, as long as these are more strict than the national ones. It has used this waiver to mandate unleaded gasoline and catalytic converters in vehicles and – since 2009 – to regulate emissions of greenhouse gases including carbon dioxide.

While other states do not enjoy the same privilege, they can opt in to California’s stricter rules. Thirteen states and Washington, DC signed up for California’s emissions standards, representing about 40 percent of the US car market.

Today, California is hardly the only state with progressive environmental policies. New York is aiming to have 50 percent of electricity generation come from renewable energy sources by 2030, and Texas generates more wind energy than the next three states combined.

Still, Carlson says that California is particularly important because it is demonstrating that policies aimed at reducing greenhouse gas emissions can at the same time contribute to a strong economy.

“The size of the green tech economy is the biggest in the country; we’ve created a lot of jobs through strong environmental policies, and so I think [California] can really serve as a laboratory for not only other states, but other countries – like China, for example – to use Californian expertise in designing some of its policies,” she says.

‘When people get riled up, they act faster’

Since Trump’s announcement, a number of states, cities and businesses have defied the current administration and pledged their enduring support for the climate agreement. Twelve states plus Puerto Rico, accounting for about 30 percent of the entire US population, signed on to the United States Climate Alliance, saying they would stay committed to the goal of reducing carbon dioxide emissions by 26 to 28 percent from 2005 levels by 2025 – the US pledge made by the Obama administration as part of the Paris accord.

More than 300 mayors, representing 65 million Americans, promised to intensify efforts for their cities to reach climate goals. Yet another pro-Paris coalition was announced on June 5 by Michael Bloomberg, the former New York City mayor and the UN secretary general’s special envoy for cities and climate change.

The declaration “We Are Still In”, submitted by Bloomberg, represents more than 1,200 states, cities, universities and businesses including Apple, Amazon, Facebook and Google.

In an open letter to the international community, the signatories said that the withdrawal is “out of step with what is happening in the United States”.

“If I was a tweet-a-holic I would tweet that president Trump’s decision to leave Paris is hugely foolish, tremendously reckless [and] utterly pointless,” Carl Pope, a prominent environmentalist and the former executive director of the environmental organisation The Sierra Club, told Al Jazeera.

“Paris was a great deal for the US … It’s exactly the kind of deal we should be protecting.”

Pope is hopeful that state and local-level decisionmakers will double down on the powers they have to implement progressive environmental policies.

“Donald Trump’s stupid decision to walk away from Paris has gotten people riled up, and when people get riled up, they act faster,” he says. “Cities and counties have been crucial to date in American climate progress and cities, counties, the private sector and states are going to be critical for the next ten years.”

Pope is heartened by the creation of coalitions such as We Are Still In.

“These are American institutions at the grassroots who are saying that [while] the federal executive branch may have left Paris, America has not,” Pope says. “America is going to keep its word and meet its Paris commitments, because meeting those commitments is good for us.”

But while states and cities do have a large degree of independence when it comes to crafting their environmental policies, Trump’s withdrawal from the Paris accord remains a big blow for those still committed to the goals set out in the deal. The appointment of Scott Pruitt as head of the EPA sparked fears that California would lose its authority to set emissions standards.

During his confirmation hearing on January 18, the climate change skeptic said he could not commit to keeping California’s waiver in place. In March, The New York Times reported that the EPA was set to begin legal proceedings to revoke California’s waiver. Fears were allayed more recently, when Pruitt told Congress on June 15 that “currently the waiver is not under review”.

Even so, it is unlikely that the states and cities that have joined the various pro-Paris coalitions have enough clout to make the entire US reach the 2025 emissions goals without federal support, Carlson says.

Seven out of the 12 states which joined the United States Climate Alliance are already in the bottom ten per capita carbon dioxide emitters, meaning that many of the states which did not sign up still have the longest way to go. According to Carlson, some of these states are unlikely to do much about their emissions without the federal government requiring them to do so.

And then there’s the even loftier goal for the US to reduce greenhouse gas emissions by 80 percent or more below 2005 levels by 2050 in order to reach the Paris accord’s aim of keeping this century’s temperature rise well below two degrees celsius.

“We need big investments in research and development to produce the kinds of changes to our vehicle fleets, to our electricity systems, etc, that are going to lead to really serious deep decarbonisation of 80 to 90 percent cuts in greenhouse gases,” Carlson says. “That requires a strong federal commitment.”

Like Carlson, Nichols doesn’t think that the states and cities currently committed to the Paris accord can make up for those who aren’t. Still, she hopes that California and other states can lead by example and, by doing so, draw more decisionmakers into the fold.

“Our hope is that by demonstrating that we can run programmes that are good for our state economies and that attract the kind of growth that all states want, we’re going to start not only adding states,” she says, “but we’re going to show Congress that this is something that they don’t need to shy away from.” 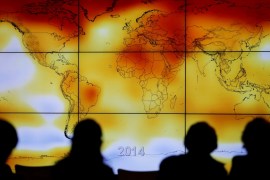 We must not let rhetoric or vested interests divert us from what we know is the right course of action. 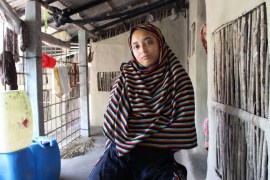 Climate change is driving an acute water crisis in coastal Bangladesh in which women are bearing most of the strain.