Recently, top Turkish authorities have voiced an official interest in buying advanced S-400 air and missile defence systems from the Russian Federation. Turkey’s efforts to enhance its defensive strategic military capabilities is not new. For some years now it has sought to have a long-range missile defence system of its own, as it is currently relying on NATO-deployed ballistic missile.

In 2013, Ankara awarded a tender to a Chinese company for missile defence systems procurement, which drew a sharp reaction from its NATO allies and the $3.4bn deal had to be scrapped. Other bidders at that time were the United States with Patriot systems, and the French-Italian consortium with the SAMP/T Aster-30 Block-1 variant. It was known that Russia showed interest in the tender, but it was not shortlisted.

This time, amid the tense Turkish-European relations and the still unclear US plan for Syria, it seems more likely that Ankara will go for this major non-NATO arms deal with Moscow.

How Turkey will benefit

The S-400 deal, by its nature, would mean much more than a battle tank or utility helicopter purchase. First and foremost, the S-400 is a defensive strategic weapons system. In other words, the primary objective of such a procurement would be the control of Turkish airspace and even the projection of some air-defence deterrent beyond Turkish borders, as well as protecting Turkey’s critical national infrastructure and top-priority economic, military and government facilities from air and missile threats.

Furthermore, in case of a broader technology transfer, Ankara will gain important know-how in missile proliferation, which it also sought with the 2013 tender. Additionally, this could enhance further Turkish-Russian defence cooperation.

Unlike the failed HQ-9 deal with China, this time, Turkish officials are much more realistic, knowing that if the deal with Russia goes as planned, the S-400 system will not be integrated with the NATO missile defence architecture. This perspective is realistic because such an integration would not be merely a military-technical issue, but more of a political and security decision. Now, Turkish decision-makers know that this might enable Moscow to have access to invaluable information about NATO’s critical capabilities.

From a military standpoint, lack of integration to the NATO architecture would mark some problems. Missile defence is a complicated mission that necessitates an advanced network of command and control, sensors, intelligence, target acquisition and surveillance systems.

It seems Ankara is pursuing a dual-track defence planning strategy by retaining its key role in the NATO’s ballistic missile defence efforts through the X-band radar in Kurecik, while running its national agenda with more flexible technology-transfer options at the same time. Although such a perspective might be accomplished, this would be a significant burden on Turkish diplomacy and defence economics.

Technically, there is no rule within the NATO treaty that would prohibit member states from procuring Russian arms, and there are allied nations that currently have them. Although Russian strategic weapons in NATO-member nations’ arsenals seem problematic for allied coherence, it might be disadvantageous for Russia as well.

During the allied exercises in the past, it is known that NATO used the Russian-made S-300s of Slovakia, and Greece test-fired S-300s from NATO’s Missile Firing Installation in Crete a few years ago. Thus, it would be a major handicap for Moscow if Turkey decides to provide its future S-400s and related radars for NATO exercises in the future because it will give the Alliance access to its technology and experience with how it works.

A problem for NATO

However, some defence cooperation deals between NATO nations and Moscow were aborted after the Ukrainian crisis, and especially the annexation of Crimea. The most notable development was the cancellation of an amphibious assault ship deal between France and Russia. The lucrative deal was about the sale of two French-manufactured Mistral-class aircraft carriers worth more than $1bn.

If the Mistral sale had been realised, Moscow would have gained a significant amphibious power projection capability. If the deal had gone through, perhaps today we would have been talking about “Russian Mistrals” stationed off the Latakia coasts in Syria. Yet, having acknowledged its NATO allies’ reactions, Paris cancelled the deal in 2015, and then it was Egypt that purchased the vessels.

Geopolitically, any NATO nation buying a strategic high-end Russian weapons system would be seen as problematic. If that NATO nation is Turkey, which borders the Middle East, the Caucasus, the Black and Mediterranean Seas and is running a cross-border counterterrorism campaign in Syria, that would be even a more serious issue due to its special role as a flank nation at the centre of many contemporary security challenges.

Notably, Turkey might be on the verge of becoming one of the few operators of the S-400 system, which would also be important. Furthermore, finalising such a deal with a NATO nation would mark one of the most serious achievements for the Russian defence industry.

Politically, the deal is unpleasant news for the Alliance for sure, but so is the US President Donald Trump calling NATO “obsolete”. Furthermore, Tukey’s NATO-friendly options did not really meet its demands. The US Patriot bid did not include technology transfer and the European Aster-30 line did not match Turkey’s technology transfer and co-production expectations.

At this point, the most important limitation for advancing the Turkish-Russian defence cooperation would not be NATO’s objections, but the natural geopolitical divergences between Ankara and Moscow.

Clearly, Turkey and Russia are bound by with their geopolitical imperatives that have not been compatible throughout history. This bitter truth recently surfaced in Moscow’s close relations with PYD/YPG groups in Syria, which pose a significant national security threat to Turkey due to their affiliation with the PKK terrorist organisation.

Likewise, another wave of military escalation between Azerbaijan and Armenia could easily drag Ankara and Moscow into the conflict. Or, in case the Syrian Baathist regime attempts to advance to Raqqa with YPG elements under Russian support, such a move could trigger new tensions.

In sum, Turkish-Russian rapprochement pragmatically stems from Ankara’s tense relations with the West. Even if an S-400 deal is concluded, Turkish-Russian ties will not improve significantly. The roots of their geopolitical rivalry are deep enough that a military deal would not change in a major way the current shaky relations between the two countries.

Can Kasapoglu is a defence analyst at the Istanbul-based think-tank the Centre for Economics and Foreign Policy Studies (EDAM). 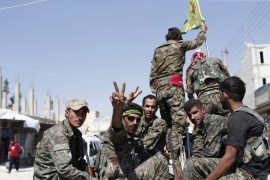 Syrian Kurds say Russia to build base in Afrin

In agreement with Kurds, Russia to operate military base in Afrin and train YPG fighters in ‘anti-terror’ combat. 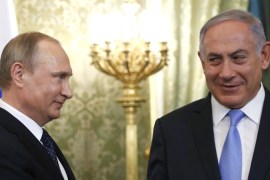 A rehearsal for war?