At least 21 refugees and migrants drowned on Friday and up to nine others were missing after a Europe-bound boat sank off Turkey’s Black Sea coast, the Turkish coastguard said.

Forty people who had been on the fishing boat were saved.

One pregnant woman who was rescued was taken to hospital but lost her baby, state-run Anadolu news agency said.

Search and rescue efforts are under way to find people still missing off the Kefken district, a Coast Guard statement said.

Mehmet Unal, a local official in the nearby town of Kandira, said the boat was believed to be carrying 70 migrants, most of whom were Iraqis.

Unconfirmed media reports said the refugees and migrants had boarded the boat in Zonguldak, which lies further to the east, and were trying to cross into Romania.

The boat reportedly sank due to bad weather and rough waters.

Western Turkey and the Black Sea had been hit by a heavy storm and rains overnight.

Turkey has emerged as a hub for migrants from troubled countries around the world including Syria, Iraq and Afghanistan who are seeking a route west to the European Union.

In 2015, around a million people undertook risky sea journeys to cross the Mediterranean to Europe, mostly to Greece from Turkey over the Aegean Sea.

Thousands died in the perilous crossing. Responding to international pressure, Turkey tightened its sea borders and cracked down on migrant smuggling rings as part of a 2016 deal with the European Union.

The numbers of refugees and migrants crossing the Aegean has now dwindled. But increasing numbers, now rising to hundreds within a month, are now trying to cross the Black Sea from Turkey to EU member Romania.

Some 834 refugees and migrants were caught and 10 smugglers detained in seven Black Sea incidents between mid-August and early September, according to statistics published by the Turkish Anadolu news agency.

In a separate incident on Thursday, Libyan authorities said more than 90 refugees and migrants were missing after a boat went under off the country’s coast. At least eight people were confirmed dead.

Libya is the main departure point for refugees and migrants using the dangerous Central Mediterranean route.

Refugees and migrants are dying in the Mediterranean at a quicker rate than last year, the International Organization for Migration (IOM) has reported. 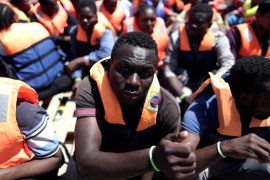 Italy and France are playing a dangerous game in Libya

The current EU anti-migration and anti-terror policies towards Libya will only destabilise it further. 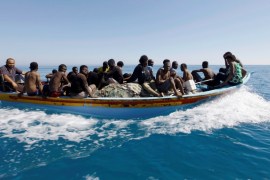 Seven children are among at least 35 people feared dead after their rubber boat sank in the sea. 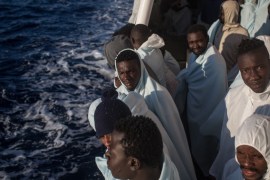 More than 10,000 people were rescued last week from rickety boats that had set off from Libya.