Two more planes carrying Afghans deported from Europe have arrived in Kabul after their asylum request was rejected under an agreement between the European Union and Afghan government.

The arrivals mean 248 people have been deported from Europe to Afghanistan this year, compared with 580 throughout 2016, said Hafiz Ahmad Miakhel, spokesman for the Ministry of Refugees and Repatriations.

Fifteen deportees arrived by chartered flight from Germany on Tuesday, while 19 landed on Wednesday from Austria and 10 from Sweden. Another flight, from Finland, is scheduled to arrive on Tuesday.

European governments say those deported back have failed rigorous asylum tests and that major cities like Kabul are sufficiently safe.

The agreement states while a maximum of 50 non-voluntary deportees on each chartered flight in the first six months after the agreement, there is no limit to the number of daily deportation flights European governments can charter to Kabul.

Even as the number of Afghan deportees is rising, it still remains less compared with the thousands returning voluntarily. Nearly 55,000 migrants and refugees who were not eligible for or were likely to be denied asylum left Germany voluntarily in 2016

“We are committed to the agreements but we need more assistance from the international community to help these people,” Miakhel told Reuters news agency, referring to an October agreement between the EU and the Afghan government.

“There is a war against the Taliban, against Daesh (Islamic State of Iraq and the Levant, or ISIL), against al-Qaeda and this year we will have more forced deportees than last year,” he said.

Afghans were the second largest group of asylum seekers in Europe in 2015, and concerns about security and their integration have encouraged politicians to take a tougher line.

However, last month Germany reportted seeing an immense drop in the arrival of asylum seekers in the country, with the total number in 2016 down to less than a third of the 890,000 who arrived in 2015.

Afghanistan will welcome more returning migrants than any other country in 2017, including up to one million from neighbouring Pakistan, said Masood Ahmadi at the International Organization for Migration in Afghanistan.

“If you are coming to Afghanistan against your will, you are not ready to return. Reintegration back into society will be very difficult and forced deportations have the stigma of failure,” he said. “It will encourage re-migration.”

The Ministry of Refugees and Repatriation launched an ongoing campaign “Khpal Watan, Gul Watan” (our country, beautiful country) urging all refugees to return back to their homeland as it “needs you in the reconstruction of Afghanistan”. 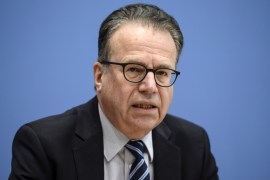 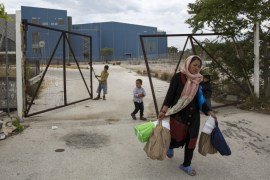 Record number of refugees opt to leave in 2016

Numbers of voluntary deportations are on rise, but so are the numbers of refugees stopping at German borders.