Donald Trump‘s presidency got off to a bloody start in January, when a special operations forces raid against al-Qaeda in Yemen killed numerous civilians and a US Navy SEAL.

The raid was a disaster, but it did not deter the US from launching more attacks using drones and other weapons platforms.

In one week earlier this month, the Trump administration conducted about 40 strikes in Yemen, including 25 on a single day. Added to that, there was a drone attack in Pakistan, the first in the country since May 2016.

Barack Obama was much criticised for his dramatic escalation of drone strikes in non-battlefield settings such as Pakistan, Yemen, Libya, and Somalia.

But Trump is already surpassing Obama’s record. According to Micah Zenko, an expert on drones at the Council on Foreign Relations, Obama conducted one strike every 5.4 days; Trump has thus far averaged one strike or raid every 1.25 days.

And now Trump may go even further, rescinding some of the constraints President Obama placed on targeted killing policy.

Those constraints date back to 2013, when Obama announced a policy shift in a public speech at the National Defense University. At the same time, he issued classified guidance insisting that targets pose an “imminent threat”, that their capture is “not feasible”, and that there be “near certainty” civilians will not be injured or killed (PDF).

In 2013, Obama also decided to transfer strike authority from the CIA to the military, which supposedly operates with greater transparency and has more respect for the laws of war.

According to stories in the New York Times and Wall Street Journal, Trump might roll back these reforms, loosening rules of engagement and returning the drone programme to Langley.

How much of a difference will this make? The looser rules on targeting are certainly concerning.

Drones, while more accurate than other weapons systems, have killed plenty of non-combatants.

While the Obama administration estimated that as many as 116 civilians had died in strikes between 2009 and 2015, the Bureau of Investigative Journalism puts the tally much higher, between 380 and 801 civilian fatalities in the same period.

Civilian casualties are not just a moral and legal matter, but have strategic ramifications, too. The Stimson Center, in a major inquiry led by a bipartisan group of former government officials, concluded that targeted killing may cause blowback and “become a potent recruiting tool for terrorist organisations” (PDF).

Yemen exemplifies this problem most clearly. It has been reported that drone killings have driven many into the arms of al-Qaeda.

Yemeni activists, such as Farea al-Muslimi, have warned that the strikes intensify anti-American feeling in their country.

According to the Washington Post, al-Qaeda had about 300 operatives in Yemen in 2009. By 2012, after three years of intensifying US intervention, it had 700 or more.

Obama shifted authority for drones to the military for a very good reason. It has been argued, including by former CIA Director John Brennan, that the agency should move away from paramilitary activities, which intensified after 9/11, and concentrate on its core mission of intelligence collection and analysis.

The CIA’s short-term, tactical focus has distracted it from major geopolitical issues, according to a report by the Intelligence Advisory Board.

However, Trump’s plans may change little in practice. Even after Obama moved strike authority to the military, the CIA still remained closely involved in the killing process.

Agency personnel provided targeting information, and military drone operators pulled the trigger: it was a joint enterprise. Moreover, when Obama shifted drones to the Pentagon, the CIA still retained its control over strikes in Pakistan.

Also, as law professor Robert Chesney wrote, it is unlikely that moving drones to the CIA will markedly increase secrecy.

It is unlikely that moving drones to the CIA will markedly increase secrecy.

This meant that the government could not even acknowledge the existence of the drone programme, although it had been widely reported in the press.

But Joint Special Operations Command (JSOC), which conducts military drone strikes, is not a transparent organisation, either.

JSOC was possibly even more secretive than the CIA before reforms improved congressional oversight of special operations forces.

Some believe the military should conduct strikes because it has greater respect for the laws of war than the CIA. But that is far from obvious, as recent exposes of special operations abuses show.

OPINION: ‘Bugsplat’ – The ugly US drone war in Pakistan

Obama’s changes to the drone programme were modest and incomplete, anyway. “Signature strikes”, where the US targets individuals without knowing their identity, continued in the last years of his administration.

There is still no judicial review of targeted killing, where the courts can assess strikes after the fact, as in Israel. Obama’s controversial policy of targeting US citizens has not changed under Trump. And the questionable domestic legal rationale used to justify non-battlefield drone strikes remains in place.

Furthermore, there are still no internationally agreed rules on targeted killing outside conventional war zones. The Stimson Center report recommended that the Obama administration lead efforts to develop international norms governing the use of drones.

But, despite some murmurings in the right direction, the White House had “done little”, Stimson concluded in a 2016 review. With more and more countries now developing armed drones, the lack of any overarching legal framework is potentially dangerous.

So, while Trump’s reforms are problematic, the programme he inherited from Obama was already concerning. 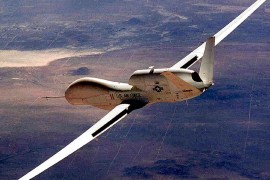 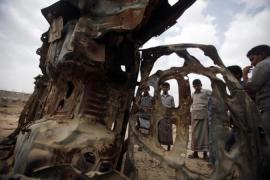