A series of trade and movement measures against Qatar imposed by neighbouring countries are “against human rights before anything else”, a senior Turkish official has told Al Jazeera.

Ravza Kavakci Kan, deputy chairperson of Turkey’s ruling party AK Party, said that Ankara would work closely with Qatar for “people living there not to be left without necessary food and water supplies”, after Saudi Arabia and the United Arab Emirates cut trade and diplomatic ties with Doha.

Other measures against Qatar, which relies heavily on food imports, included the closing of airspace, land border and maritime territories.

Kavakci Kan, who is also a member of Turkey’s foreign affairs parliamentary committee, said that Ankara would honour its commitments with Qatar and the two countries’ relationship would not change.

“Countries who stayed silent while massacres were carried out in Syria, while babies were killed in [the Syrian city of] Idlib, are now doing this, not to another country, but specifically to Qatar for a reason we cannot understand,” she said.

“This is against human rights.”

In the most serious split between the Gulf Arab states in decades, Saudi Arabia, United Arab Emirates and Bahrain cut diplomatic ties with Qatar on Monday, accusing it of supporting and financing “extremist” groups and destabilising the region. Qatar has strongly denied the allegations.

They were gradually followed by Egypt, Yemen, the eastern government of Libya, Maldives, Mauritius, Mauritania, and Senegal. Jordan and Djibouti downgraded diplomatic relations with Qatar.

Kavakci Kan told Al Jazeera that Turkey would continue to cooperate with all the countries in the region to resolve the issue, adding that Saudi-Turkish relations would not be affected negatively by the latest developments.

“Turkey will try to work as a mediator to resolve the problem through diplomacy, as it did in other regional issues such as the situation in Syria.”

“Isolating Qatar, which is putting up an efficient fight against terrorism, will not resolve any problem. I hope the sanctions against Qatar will be withdrawn as soon as possible,” Erdogan said in a speech.

Turkey and Qatar are close allies in foreign policy issues in various parts of the region, such as Palestine, Syria and Egypt.

Turkey and Saudi Arabia are both in the US-led coalition against the Islamic State of Iraq and the Levant (ISIL) group. Saudi Arabia fighter jets join anti-ISIL operations through Turkey’s Incirlik airbase. 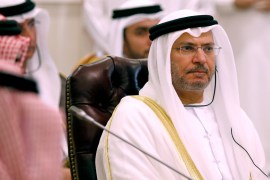 Gulf crisis continues to escalate despite efforts by US and Kuwait to calm rising tensions among GCC member states. 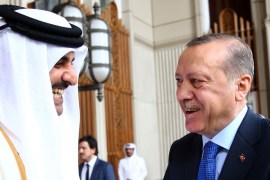 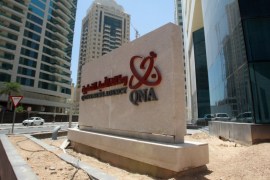