Diplomats rarely mean what they say, and the word is a bit of a cliche in their lexicon.

But this time, it may be true.

Riyadh and Moscow have been at odds for decades. The two oil superpowers produce almost half of the world’s crude – and fiercely compete for market shares. Moscow’s efforts that propped up Syrian President Bashar Assad‘s government have pitted Russia against Saudis and other Sunni Arab states.

Yet, in the past year, an unexpected rapprochement between the two nations has been in the making amid Moscow’s deteriorating ties with the US, and US President Donald Trump‘s unpredictable policy shifts.

“Our main hope is that the visit will give a new, powerful impetus to the development of bilateral ties, because the potential of our ties is much richer than the de-facto situation,” Kremlin spokesman Dmitri Peskov said Friday.

A deal on Syria?

Saudis no longer demand Assad’s immediate removal from power and do not lambast Russia’s military operation that has entered its third year on Saturday.

Damascus now claims that 92 percent of Syria’s territory has been “liberated” from its foes – and Russian air strikes and unrelenting political backing played a major role. Observers in Moscow claim the king’s visit has to do with a region-wide reassessment of political sympathies.

A Kremlin adviser claims that King Salman’s visit is related to the losses pro-Saudi opposition groups suffered in the Syrian war.

OPINION: The Russian-Saudi rapprochement and Iran

“In Syria, Saudi Arabia has suffered a defeat, without doubt, and now there is a threat that the pro-Saudi forces in Syria, mostly the al-Nusra Front, will simply face massive purges,” Sergei Markov, head of the Institute of Political Research, a Moscow-based think-tank, told Al Jazeera.

“The most important task for the king would be to make sure that all pro-Saudi forces are not destroyed and integrated in post-war Syria,” he said.

King Salman may further soften his stance on four “de-escalation zones” in Syria that have been announced by Russia, Turkey and Iran.

In turn, Moscow toned down its criticism of Riyadh’s military operation in Yemen.

Russia and Saudi Arabia predictably panicked, and tried to work out an oil output reduction that would boost the price. But they failed to iron out an action plan, and Russia even pledged to increase production.

Last December, Moscow and Riyadh convinced OPEC and 11 non-OPEC nations to reduce their oil exports by 1.8 million barrels per day.

“It is very likely that similar accords could be maintained in the future just because they benefitted all the participants,” he said.

“Our cooperation with Saudi Arabia has been at a top-flight level,” Novak said in July.

King Salman is also expected to sign a $3.5bn arms deal in Moscow.

Saudi Arabia has long been looking to expand the list of its suppliers beyond the US. Russia, the world’s second-largest exporter of arms, is ready to sign in.

Although no details on the arms deal have been available, military expert Tsiganok claims that Riyadh is eager to obtain Russia’s ballistic missiles and air defence systems.

“The systems showed their huge capability in Syria,” he said.

Riyadh wants to become the second nation in the Middle East after Iran to build nuclear power stations – and is ready to spend $80bn on 16 of them.

Rosatom, Russia’s state-run nuclear monopoly that helped Tehran complete the Bushehr power station, is trying to ink a deal – but it will have to compete with rivals from France, South Africa and China.

The dawn of Saudi-Russian ties looked promising. Communist Russia was the first state to recognise Saudi Arabia’s independence back in 1926.

But Riyadh was quick to condemn red Moscow’s attempts to import the Communist ideology to the region. The Soviet Union threw its political weight behind socialists in South Yemen and backed nationalist governments in Egypt, Syria and Iraq.

A handful of Saudi nationals fought in the separatist war in Chechnya, and Moscow accused Saudi Muslim leaders of trying to disseminate their austere version of Islam in the mostly-Muslim regions of southern Russia.

One of Russia’s leading experts on the Middle East is sceptical about any breakthroughs King Salman’s visit could bring about.

“We’ve been waiting for these breakthroughs since the late 1960s,” Alexey Malashenko, a senior Middle East expert with the Moscow-based Institute for the Dialogue of Civilizations told Al Jazeera.

He said that Saudis won’t sacrifice their traditionally close alliance with the US for the sake of closer ties with Moscow – and Russia is not going to risk its reliance on Iran.

“This is a typical visit with hopes,” he said. “This is good, but it won’t change anything.” 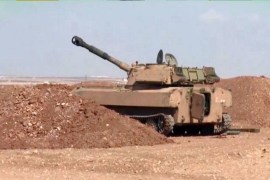 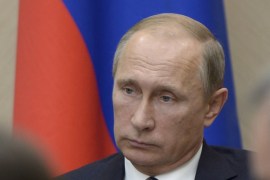 Russia is at a dead-end in Syria

Russia is struggling and failing to find a way out of the Syrian quagmire.