The adage goes, “Be careful what you wish for, because you might just get it.” Indeed, this is the very predicament in which the influential American Israel Public Affairs Committee (AIPAC) could soon find itself.

In its obsessive efforts to defeat the Palestinian-led boycott movement, AIPAC will soon force the revisitation of a long-dormant debate on the illegal Israeli military occupation of Palestine.

US mainstream media has long avoided an honest discussion on Israel and Palestine as if the mere acknowledgment of a Palestinian point of view, let alone Palestinian rights, is in itself a sinister act.

If it were not for alternative media and varied margins available in international media, the Palestinian voice would have been completely silenced, and Palestinians would merely exist as notorious “terrorist” figures standing obstacle to Israel’s supposedly Western-style democracy.

In fact, this is the very image that is constantly peddled by the Israeli government, its official propaganda (hasbara) machine and its many allies in the United States.

A large network that is purportedly motivated by its undying “love” for Israel, encompasses among its ranks powerful politicians, end-of-time religious fanatics, business interests and media moguls.

It is this conglomerate of individuals and the massive interests they represent that we often refer to as the “lobby”. AIPAC is the central piece in the lobby’s intricate web, which has to a large degree succeeded in tainting the oppressed Palestinian as an aggressor, and the militarily powerful Israel as a victim.

To ensure that ordinary Americans never understand that reality is entirely different from what the media reports, the Palestinian voice is habitually muffled and the Palestinian intellectual is hidden from view. For many years, the “debate” has rarely focused on Palestinian rights, but has been a one-sided Israeli diatribe about its security, future and its twisted, convenient and ever-flexible definition of anti-Semitism.

But the rise of the Boycott, Divestment and Sanctions (BDS) movement posed a serious challenge to Israel’s self-tailored narrative.

Contrary to the typical behaviour of the Israeli lobby, the BDS movement sought the solidarity of civil society organisations, churches and student groups. It engaged people in meaningful discussion and used direct democracy as a vehicle to propel action.

At first, the boycott efforts seemed minuscule and unthreatening.

In its early years, the mission of combating any kind of dissent against Israel within the US was entrusted to the likes of notorious Zionist Daniel Pipes and his “Campus Watch”, a Big Brother type of organisation aimed at intimidating teachers, scaring off students and monitoring and reporting nonconformist educational institutions across the country.

Not only did Pipes miserably fail, but his tactics unwittingly inspired real, often heated debates and discussions across American campuses, where BDS began taking the initiative and ultimately prevailing. Thanks to BDS-affiliated student groups, many campuses either declared their support of Palestinian rights, or pushed university boards to divest from Israeli companies or firms that contribute to the oppression of the Palestinians. Churches, companies, academic collectives, artists and others followed suit.

Thus far, every attempt at demonising and silencing BDS has failed, simply because the movement’s just demands speak for themselves: ending the Israeli military occupation, equal rights to Palestinian-Arab citizens of Israel, right of return for Palestinian refugees. Every single demand is supported by international and humanitarian laws, and needless to say, basic human rights and morality.

READ MORE: Israel challenges BDS at home and beyond

Aware of its failure, and the notable success of BDS, the Israeli government and its wealthy supporters across the US began deliberating the need for a well-financed, coherent strategy to combat the boycott movement.

The pinnacle of the Israeli campaign is now to lobby the US Congress to officially ban BDS and punish its supporters.

By doing so, Israel and the lobby entered new, uncharted waters as the war on Palestinians is now becoming a war on freedom of speech in the US as protected by the First Amendment.

Cheered on by AIPAC and others, the US Congress is now leading the Israeli war on Palestinians and their supporters. In the process, they are attempting to demolish the very core of American democratic values.

The build-up to this particular battle began when AIPAC declared in its “2017 Lobbying Agenda” (PDF) that criminalising the boycott of Israel is a top priority.

The US Congress, which has historically proven subservient to the Israeli government and its lobbies, enthusiastically embraced AIPAC’s efforts. This resulted in the Senate Bill S.720 – also known as the “Anti-Israel Boycott Act” – which aims to ban the boycott of Israel and its illegal Jewish settlements in the occupied Palestinian West Bank.

Thus far, the bill has the support of 48 Senators and 234 House members. Unsurprisingly, it was drafted mostly by AIPAC itself.

Punishment of those who violate the proposed law ranges from $250,000 to $1 million and 10 years in prison.

But S.720 marks a completely different story. It is part of a massive campaign that would, once and for all, make it illegal for even ordinary Americans to be critical of Israel.

Initiated in 2014, this process has been gathering steam without much challenge from either major political parties, government or mainstream media.

Since then, 21 US states have passed and enacted legislation to criminalise boycott efforts. State attorney generals have shamelessly and systematically coordinated to push their agendas from a state level to Washington, DC, itself.

The very individuals who were meant to guard the Constitution are the ones openly violating it. The First Amendment to the US Constitution has been the pillar in defence of the people’s right to free speech, freedom of the press, “the right of the people peaceably to assemble, and to petition the Government for a redress of grievances”.

This right has, however, often been curtailed when it applies to Israel. The Center for Constitutional Rights refers to this fact as “The Palestine Exception“.

S.720, if it passes, will cement the new US status, that of “flawed democracy” as opposed to a fully democratic nation that legislates and applies all laws fairly and equally to all of its citizens.

On July 17, the American Civil Liberties Union (ACLU) issued a letter calling on legislators who signed the senate version of the bill to reconsider their decision.

“The bill would punish businesses and individuals, based solely on their point of view,” The ACLU said. “Such a penalty is in direct violation of the First Amendment”.

Dire as it may seem, there is something positive in this. For many years, it has been wrongly perceived that Israel’s solicitation of American support against Palestinians and Arabs is, by no means, a foreign country meddling or interfering in the US political system or undermining US democracy.

The “Israel Anti-Boycott Act”, however, is the most egregious of such interventions, for it strikes down the First Amendment, the very foundation of American democracy, by using America’s own legislators to be its executors.

This bill exposes Israel, as well as its hordes of supporters in US Congress. Moreover, it presents human rights defenders with the opportunity to champion BDS, hence, the rights of the Palestinian people and also the rights of all Americans.

It would be the first time in many years that the battle for Palestinian rights can be openly discussed and contextualised in a way that most Americans find relevant to their everyday life.

This was one of the aims of BDS from the very beginning. While the boycott and delegitimisation of the Israeli military occupation of Palestine are at the core of the civil society-backed movement, BDS also aims at generating an urgent discussion on Israel and Palestine.

Although inadvertently, the US Congress is now making this very much possible.

Interestingly, the mobilisation of the US – and other western governments – to punish the boycott movement is largely consistent with its targeting of the South African anti-Apartheid movement in the past.

The US government strongly opposed the South African liberation movement, condemned the international boycott against the country, and backed the racist authoritarian role of PW Botha to the very end. Former President Ronald Reagan perceived Nelson Mandela as a “terrorist”. In fact, Mandela was not removed from the US terror list until 2008.

Now, it seems history is repeating itself. The Israeli version of Apartheid is fighting for legitimacy and refuses to concede. It aims to colonise all of Palestine, mistreat and oppress its people, and violate international law without any form of censure from either individuals or organisations.

But none of this will succeed, because, put simply, noble ideas cannot be defeated.

Moreover, for Israel, this is a new kind of battle, one which is foolishly attempting to fight using the same traditional tactics: threats and intimidation backed by blind US support.

Israel is no student of history. It has learned nothing from the experience of the anti-Apartheid struggle in South Africa. It is no surprise that Israel remained the last supporter of the Apartheid regime in that country until its demise.

As for true champions of human rights, regardless of their race, religion or citizenship, this is their moment, as no meaningful change ever occurs without people being united in struggle and sacrifice.

Ramzy Baroud is a journalist, author and editor of Palestine Chronicle. His forthcoming book is ‘The Last Earth: A Palestinian Story’ (Pluto Press, London). Baroud has a PhD in Palestine studies from the University of Exeter and is a non-resident Scholar at Orfalea Center for Global and International Studies, University of California Santa Barbara. His website is www.ramzybaroud.net. 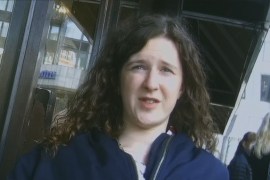 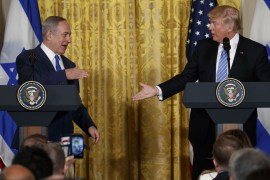