Traditionally, Eid al-Fitr is celebrated for three days as an official holiday in all Muslim-majority countries.

However, the number of vacation days varies by country and also depends on the date on which Eid al-Fitr is observed in each country.

In 2017, Eid al-Fitr has been declared on Sunday June 25 by most countries, and Monday June 26 by some countries.

Meanwhile, the following public holidays have been officially announced:

Eid has been a public holiday in the Philippines since 2002, established by the Republic Act 9177.

In 2016, Eid al-Fitr was celebrated on July 6, and the following public holidays were observed: 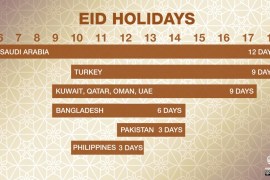 Eid al-Adha holiday: How many days is it by country?

Eid al-Adha is celebrated for four days but holidays in 2016 range from 12 days in Saudi Arabia to three in Pakistan. 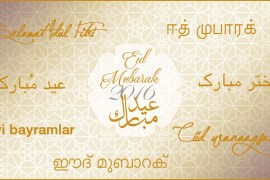