Turkish military jets have carried out air strikes against Kurdistan Workers’ Party (PKK) fighters in northern Iraq and northeast Syria, killing at least 70 people, according to a Turkish military statement.

A statement released by Turkey’s air force said that it carried out the air strikes against PKK targets located in the Sinjar Mountains region in northern Iraq and in Karachok Mountains in northeastern Syria on Tuesday.

The targets were hit to prevent the PKK from sending “terrorists, arms, ammunition and explosives to Turkey,” the statement said, adding that the operation was conducted “within the scope of the international law”.

The three groups are currently fighting the Islamic State of Iraq and the Levant (ISIL) group.

“At least six people were killed, five from the Peshmerga and a sixth from Asayish [Rojava],” Lieutenant-General Jabbar Yawar, secretary-general of the Ministry of Peshmerga Affairs in Iraq’s autonomous Kurdish government, told AFP news agency.

The UK-based Syrian Observatory for Human Rights, a monitoring group which tracks the Syrian war, said that at least 18 YPG fighters were killed in the air strikes in Syria’s Hasaka province.

The YPG in northern Syria said on its Twitter account that Turkish warplanes targeted the headquarters of the General Command of the YPG in Mount Karachok, near the city of Derik in Hasaka.

The YPG also reported that a media centre, a local radio station, communication headquarters and some military institutions were hit.

The group forms a key component of the US-backed Syrian Democratic Forces (SDF) and has been closing in on ISIL in Raqqa.

While Turkey’s President Recep Tayyip Erdogan said the US and Russia were informed of the attacks, the US State Department said it was deeply concerned by the air strikes, which it said were not authorised by the US-led coalition fighting ISIL in Iraq and Syria.

“We have expressed those concerns with the government of Turkey directly,” State Department spokesman Mark Toner told reporters.

“These air strikes were not approved by the coalition and led to the unfortunate loss of life of our partner forces.”

Earlier, Erdogan said Turkey was “obliged to take measures” that were “shared with the US and Russia”.

Following the attacks, the Ministry of Peshmerga Affairs called upon the PKK to “withdraw from Sinjar Mountain and surrounding areas”.

“This painful and unacceptable attack on Peshmerga forces by Turkish warplanes is a result of PKK’s presence in and around Sinjar,” the ministry said in a statement.

“PKK has been problematic for the people of the Kurdistan Region and, despite broad calls to withdraw, refuses to leave Sinjar. PKK must stop destabilising and escalating tensions in the area to allow life to return to the people of the area.”

The PKK established a presence in Iraq’s Sinjar after coming to help the region’s Yazidi population when ISIL overran the area in the summer of 2014.

Al Jazeera’s Hashem Ahelbarra, reporting from Gaziantep on the Turkey-Syria border, said the air strikes come at a moment of strained ties between Turkey and Iraq.

“The Turkish ministry says the air strikes were precise and successful,” he said.

“The Turkish military tipped up its campaign against the PKK on the border area and said it killed a dozen PKK fighters in the past days.”

Turkey sent tanks into the town of Bashiqa in northern Iraq in 2015, saying it was providing military assistance and training for the Peshmerga fighters battling ISIL, our correspondent said.

“The Iraqi government, on the other hand, has been asking the Turkish government to pull out the tanks threatening more confrontations.”

The PKK is designated a “terrorist group” by Turkey, the US and the European Union. 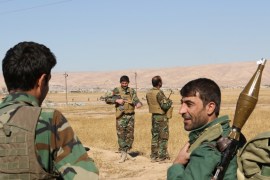 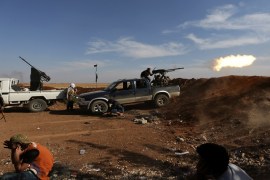