Correction18 Feb 2017
The headline (Geneva talks unlikely to focus on transition in Syria), summary (Assad's future may be off the agenda at meeting of Syrian factions, with elections and governance set to be the focus) and first four paragraphs of the original version of this story have been amended to reflect more accurately information provided by the Office of the UN Special Envoy for Syria.

UN Security Council resolutions will form the “specific basis” of the forthcoming Geneva talks, the office of the UN special envoy on Syria has said, leaving open the question of political transition being on the agenda.

Staffan de Mistura, the special envoy, is due to convene the new round in the Swiss city on February 23, almost nine months after peace negotiations collapsed.

His office also confirmed on Friday that the focus of the meeting will be on governance, a new constitution and elections.

It stressed that “the entire agenda for the Geneva negotiations will be framed by the broader corpus of Security Council resolutions”.

In particular, Security Council resolution 2254 (2015), which has several references to transition, “will provide the specific basis for the agenda”.

A spokesperson said De Mistura was still finalising who would come to the meeting, but there were already positive responses to invitations that had gone out.

Countries opposed to President Bashar al-Assad, including the US, back efforts by the UN to broker a political solution to the conflict, Sigmar Gabriel, Germany’s foreign minister, said on Friday.

“It is clear that all who met want a political solution … and that this political solution must be achieved in Geneva under the auspices of the United Nations and that there cannot be any parallel negotiations,” Gabriel said after a meeting in Bonn that included the US, Saudi Arabia, Turkey, France and the UK.

The countries were meeting for the first time since Donald Trump took office as US president in a bid to find common ground in advance of the Geneva meeting.

Gabriel said Rex Tillerson, the new US secretary of state, played an active role in the discussions about how to end the war in Syria, which took place on the sidelines of a meeting in Bonn, Germany, of G20 foreign ministers.

Tillerson, trying to reassure allies that the US was not tilting towards Russia over the Syrian conflict, told them that the US-backed UN efforts to broker a political solution to the war, officials and diplomats said.

He also said military ties with Russia depended on its stance towards rebels fighting the Assad government, whom Russia backs.

All eyes have been on the US and its approach to ending the violence in Syria, given promises by Trump to build closer ties to Russia.

Speaking alongside Gabriel, Jean-Marc Ayrault, France’s foreign minister, said the Geneva talks would ultimately fail if Russia did not use its influence on the Syrian government and Iran to stop labelling all those opposed to Assad as “terrorists”.

On Thursday, Sergey Lavrov, Russian foreign minister, said the US supported Russian-sponsored parallel peace talks on Syria in the capital of Kazakhstan, Astana.

Those talks ended with no joint communique, usually the minimum outcome of any diplomatic negotiation, and saw opposing Syrian groups trading angry accusations.

Russia proposed a series of parallel intra-Syrian negotiations in coordination with Turkey and Iran last year in Astana to reinforce a shaky ceasefire.

It has tried to expand the scope to cover political aspects, a move that has been criticised by Western and Arab states, who argue that UN efforts are the only credible track for a political solution.

With its show of military force, Russia changed the tide of the Syrian civil war. However, it is finding the next phase – brokering an end to the fighting – a tougher proposition.

The Syrian rebels and government came together for the first time in nine months, and agreement was reached to consolidate a shaky ceasefire.

But for the second round this week, the Syrian rebels debated until the eleventh hour about whether to attend at all, finally sending a smaller delegation which arrived in Astana a day late.

Bashar Jaafari, the Syrian government negotiator, said on Thursday that peace talks in Astana had not produced a communique because of the “irresponsible” late arrival of rebel participants and their Turkish backers which delayed the joint session by a day.

READ MORE: Will Assad ever be tried for his crimes?

He also criticised the rebels and Turkey for downgrading their delegations from the previous meeting.

“Turkey cannot ignite the fire and at the same time act as a firefighter,” he said after the talks.

The rebels, in turn, accused the Syrian government and Iran of routinely violating the ceasefire and Russia of failing to enforce it.

“We know that the Russians have a problem with those for whom they are guarantors,” Yahya al-Aridi, a rebel negotiator, said, referring to Iran and Assad’s forces.

Haid Haid, an associate fellow with the Middle East and North Africa Programme at the London-based Chatham House, says the prospects of the Astana talks’ success were bleak due to virtually “no common ground between Turkey, Russia and Iran”.

Speaking to Al Jazeera on Thursday, he said: “In order to implement the ceasefire, they have to punish those who violate ceasefires.

“[But] Russia and Iran do not want to put any pressure on the Syrian regime … There are no enforcement mechanisms that could be a stepping stone to a political solution.”

Five years since the civil war began, more than 450,000 Syrians have been killed in the fighting, more than a million injured and over 12 million Syrians – half the country’s prewar population – have been displaced from their homes. 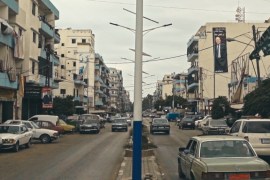 Looking to the future on Syria Street

New project tells the stories of ordinary people affected by violence and poverty in the Lebanese city of Tripoli.