On The Listening Post this week: A news website feels the heat after alleging foul play in Brazil‘s biggest-ever anti-corruption probe. Plus, going incognito with VPNs.

Last month, a Brazilian online news outlet – The Intercept Brasil – began publishing a series of exposes about the wheeling and dealing of the minister of justice, Sergio Moro.

His work on Operation Car Wash – an investigation into the biggest case of political corruption in the country’s history – and his depiction in the Brazilian news media as an anti-corruption crusader – helped Moro get his current job.

Now, the news outlets that helped create him are having some serious second thoughts. And the journalists at The Intercept are starting to feel the heat from the Brazilian authorities.

Richard Gizbert speaks to producer Flo Phillips about a piece of investigative journalism that led to the resignation of Puerto Rico‘s governor.

Here at The Listening Post, we sometimes wonder: how many of our online viewers watch us over a VPN?

How many of you are disguising your location – changing it from Beijing to Boston, from Riyadh to Reykjavik – to cover your tracks?

As Meenakshi Ravi reports, VPNs are now getting increasingly downloaded not just in countries with authoritarian tendencies, but places like Sri Lanka, across the Gulf, as well the United States – as data theft, online tracking and web blocking grow more common.

We investigate a massive corruption scandal in Latin America involving some of its most prominent public figures. 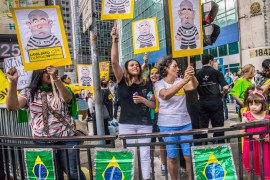 The great firewall update: Clamping down on VPNs

As China and Russia limit the use of VPNs, we examine repercussions for media freedom. Plus, police vs press in Uganda. 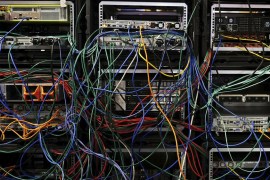 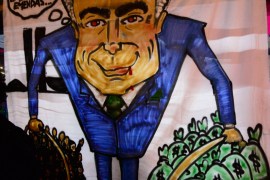