Bell Pottinger has fallen. The sleaziest of sleazy lobbyist firms has finally gone a dirty trick too far. Earlier this month, the infamous London-based firm, set up by a right-wing confidant to Margaret Thatcher and arch-media manipulator, was finally put into administration. Their offence was a social media campaign secretly stoking racial tension in South Africa, which has seen clients and investors desert them.

Bell Pottinger was both the jewel and embarrassment of the British public relations industry, with a reputation for going “where other agencies would fear to tread”.

Its key founder was Tim Bell, who, far from an amoral, apolitical money-grabber as he is too often presented, shared Thatcher’s manic obsession with neoliberalism as a tool for social justice. This world view was ever-present in the firm, which also appears to have expelled employees for professing even moderately left-wing, anti-market views. Bell’s favoured philosopher was the right-wing, free-market radical Ayn Rand, and he frequently labelled journalists he didn’t like as “commies” or “pinkos”. Both he and Thatcher thought the free market sacred enough to warrant attacking those who threatened it – even if this meant paradoxically supporting apartheid or murderous autocrats.

Some of Bell Pottinger’s clients were relatively mundane; supermarkets, banks, luxury brands, mobile phone companies, fast-food chains. Others were more striking – Augusto Pinochet fighting extradition for mass murder, the Bahraini regime as they brutalised protesters in 2011, Viktor Lukashenko of dictatorial fame in Belarus, and Saudi Arabia – whose corrupt princes wanted a fraud investigation dropped by the British government. Although their trade was lucrative, as James Henderson, the now resigned CEO said of their founder Lord Bell, “We are all supportive of Tim and his politics.”

This blinkered worship of capitalism, enhanced by profit motives, soon led Bell Pottinger into dangerous territory. Their methods ranged from aggressively editing Wikipedia pages, hijacking “popular petitions” on behalf of big business, making grotesque personal attacks against unfriendly journalists, and by selling influence on the British government to anyone who could afford it – usually corporations but also dictators. They called their services “the dark arts”.

It also led them to defend odd people. When previously asked why he worked for the Chilean dictator Pinochet, Lord Bell of Belgravia simply replied “Business … I’m not a priest.” He claimed he lived “in a commercial world”.

This was the grim logic of the free marketeers. If Bell Pottinger won the contract, they deserved to because the market had endorsed them. The “morality” of how they ran the account thereafter was not a language these radicals could understand. In their world – all morality had already been set by their dear markets. “Money is the barometer of a society’s virtue”, as Rand put it.

There is evidence that Lord Bell genuinely sympathised with Pinochet, infamously one of the fiercest proponents of free markets yet seen. He relates in his memoirs an argument he once conducted with the author Gore Vidal, who had campaigned against the murderous dictator. Long before he was being paid to, Bell acted as an apologist, saying Pinochet was “at least a bit more democratic than Allende.” He justified this by claiming that Allende had burned the Chilean electoral rolls.

Marxist Allende had not, in fact; it was Bell-supported Pinochet that had, but the lie was repeated even in Bell’s memoirs many years later – a classic ploy of spin doctors; lie brazenly. When it came to Bahrain – a regime which the UK supports only to access the lucrative Saudi Arabian market, Bell Pottinger issued press releases claiming that the government was willing to medically treat protesters, when, in fact, the government was arresting doctors who offered treatment.

This pattern of excusing brutality through outright untruths has been repeated across Pottinger’s client list, but there has always been something deeper; a pattern of going after opportunities to strengthen the global neoliberal project that Bell and their acolytes had put their faith in.

Look at the firm’s defence of Lukashenko, the last dictator of Europe. They thought they could help push him away from Soviet Union-style state capitalism and towards free market liberalism. Bell Pottinger also swooped into Venezuela after socialist Hugo Chavez died, improving the image of the state-owned oil giant by commissioning surveys of foreign companies sceptical about investment in state-controlled economies. Their vigorous defence of energy firms like Trafigura and Cuadrilla speaks to their belief in how the free market alone should set ethical standards, and not scientific reality.

Despite their idealistic radicalism, ultimately all Bell Pottinger really did was offer common bribery dressed up as “lobbying”, in a way which would keep their clients out the courts.

Paying for access to elites has always been the de facto legalisation of corruption – the ultimate endpoint if neoliberalism is taken to its conclusion.

The reality, as the 2008 recession has shown, was that the radical neoliberalism of Thatcher, Reagan, Rand and Bell Pottinger is useless.

Lord Bell of Belgravia has, therefore, turned out to be neither a priest, nor a businessman; but a bit of both. He and his firm worshipped a false god – the free market – and went to extraordinary lengths to practise their faith.

These lengths would eventually consume the company itself. Perhaps to them, this demise at the hands of the market they worshipped is proof their god exists, after all.

Nobody has said the market isn’t real though, only that as a political solution to the world’s problems, it isn’t something worth stoking racial tension for, lying for, defending mass murderers, or selling off democracy. Bell Pottinger did all of that and more. We should be very glad they are gone. 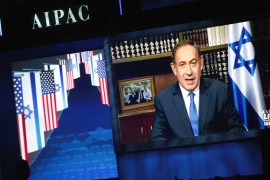 The Israel Lobby vs the First Amendment

The Congress’ attempt to ban the BDS movement is an attack on core democratic values of the US. 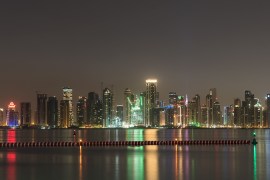