Taliban fighters have killed at least 10 police officers in an attack on a checkpoint in Afghanistan’s western Herat province, according to a government official.

The Taliban has targeted the Salma Dam, located 165km east of Herat, in several previous attacks. It is heavily guarded by security posts.

Inaugurated by Narendra Modi, the Indian prime minister, in June last year, the dam was funded and built by India at a cost of about $275m.

It produces 42 megawatts of electricity for Herat.

The attack comes just days after at least 29 people were killed by a car bomb near a bank in Lashkar Gah, capital of the southern Helmand province.

Since they launched their spring offensive in late April, Taliban fighters have been mounting deadly assaults on the Afghan army and police outposts in Helmand.

The United States is expected to announce an increase in its military deployment to bolster Afghan forces.

American troops in Afghanistan now number about 8,400, and there are another 5,000 from NATO allies, a far cry from the US presence of more than 100,000 six years ago.

They mainly serve as trainers and advisers.

READ MORE: In Afghanistan, the Taliban are at the gates

James Mattis, the Pentagon chief, this month acknowledged that the US still is “not winning” in Afghanistan, nearly 16 years after the US-led invasion toppled the Taliban government.

In early June, at least 10 people were killed and several wounded in an explosion near police offices and a mosque in Herat province. The Taliban denied involvement.

On May 31, at least 150 people were killed when a truck loaded with explosives detonated in a fortified area of the city near several foreign embassies.

READ MORE: What should the US’ next move be in Afghanistan?

Afghanistan has experienced its deadliest Ramadan since the US-led invasion in 2001 with over 200 killed and hundreds wounded, according to an AFP count based on official figures.

The streets of Kabul were quiet on Saturday in advance of the Eid al-Fitr festival, which marks the end of Islam’s holiest month, amid fears of further attacks.

On Friday, Taliban leader Mullah Haibatullah Akhunzada, in an Eid message, pledged to continue fighting until the complete withdrawal of foreign forces from Afghanistan. 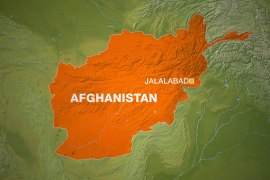 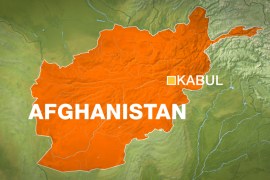 Attack occurred as worshippers gathered for a night of religious observances as part of the holy month of Ramadan. 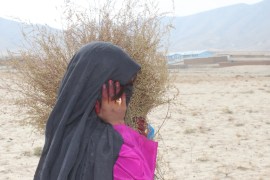