Palestinian political parties Hamas and Fatah signed a reconciliation deal in the Egyptian capital, Cairo, on Thursday, as part of an effort to end a decade-long rift.

The announcement comes after representatives from Hamas and the Fatah-led Palestinian Authority (PA) convened in Cairo on Tuesday to implement a unity agreement that was signed in 2011 but not put into action.

At a press conference, head of the PA delegation Azzam al-Ahmad said the two sides agreed that the Rafah border crossing between Egypt and Gaza would be operated by the presidential guards of PA President Mahmoud Abbas by November 1.

“According security measures will be applied and adopted by the Palestinian Authority where the presidential guards will be spread all over the borders,” said al-Ahmad.

He added that under the instructions of Abbas, the two groups would not return to the occupied Palestinian territories unless they had a “final agreement that would put aside the rift forever … to achieve the Palestinian dream, put an end to occupation, and to have a Palestinian, independent, sovereign state with East Jerusalem as the capital”.

“The Palestinian issue is the Egyptian issue,” he said.

The agreement stipulates that legislative, presidential and national council elections should be conducted within one year of its signing, though details of the reconciliation deal have not yet been made public.

The deal would also see both Hamas and Fatah form an interim government before elections.

Crises in Gaza to improve?

The Gaza-based Hamas movement decided last month it would dissolve its administrative committee which runs the Gaza Strip. It also expressed its willingness to reconcile with the PA, the semi-autonomous body governing the West Bank.

Subsequently, PA Prime Minister Rami Hamdallah visited Gaza and announced that the national unity government would start to assume its administrative responsibility of the Strip.

Hamas has been the de-facto ruler in the Gaza Strip since 2007 after the party defeated President Abbas’ long-dominant Fatah party in parliamentary elections.

Hamas then pushed Fatah out of Gaza in a bloody conflict, when the latter refused to recognise the result of the vote.

Israel responded to Hamas’ election victory by imposing an airtight siege, in place until today.

Hamas and Fatah have ruled the Gaza Strip and the West Bank respectively ever since, and multiple attempts at reconciliation have since failed for several reasons.

The Egyptian-brokered deal, if successfully implemented, could see the dire humanitarian situation in Gaza improve.

In the last few months, Hamas has been under heavy pressure by the PA’s recent measures against Gaza, aimed at pressuring Hamas to relinquish control of the Strip.

Punitive measures included cutting the salaries of PA employees living in Gaza and reducing the electricity supply to Gaza, which already suffers from a power shortage due to the Israeli blockade. 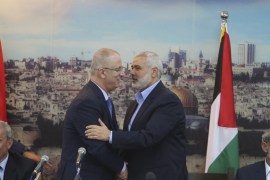 Hamas and Fatah: How are the two groups different?

Despite the differences between the two Palestinian parties, they have managed to reach a deal to end their divide. 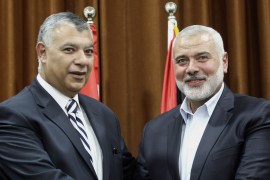 Leader reports agreement has been reached with Fatah to end 10-year political schism.