Argos and Athens, Greece – It’s a rare day off for foreman Faisal Razza and his gang of Pakistani migrant farm workers. They normally work for 10 hours a day, seven days a week. But a heavy downfall and the end of the orange-picking season means that work is slow and today they have a chance to relax.

The seasonal nature of their work means they rarely stay in one place. For the past five months they have been working and living in the Argolis plain – a vast, flat expanse of orange fields surrounding the town of Argos, two hours’ drive from Athens.

Soon they’ll move on to another part of rural Greece to pick strawberries instead.

Located down a sodden track behind a graveyard, on the edge of the quiet village of Poullakida, is the house that Razza and his workers call home for now.

Half of it is an old metal cargo container, the other half a breeze block room with a corrugated iron roof. The once whitewashed walls are now stained dark brown. A small room at the back contains a filthy toilet and a rubber water pipe hanging from the ceiling – the shower.

Ten young Pakistani men sit huddled under tattered blankets, silently staring at their phones. The only source of light comes from the open doorway.

Outside three men are cooking chapatis for lunch. They don’t have a cooker though, instead they light a fire in a metal drum lying on its side, disinfect the surface with salt water, and cook the flatbread directly on the metal.

Amir Ali, 25, from Gujrat, Pakistan tries to find humour in the situation. “This is like 19th century cooking,” he chuckles. “In Pakistan we don’t live like this, we’d use gas cookers.”

One young migrant worker displays pictures on his phone of the family kitchen he left behind – complete with modern worktops and fitted with appliances. He glances at the flaming metal drum and forces a smile.

It is estimated that 90 percent of Greece’s agriculture wage labourers are migrants. Farm work is often the only option for them when they arrive in the country without accommodation, money or legal status.

Razza’s gang is one of four in the village of Poullakida visited by Al Jazeera. Along with the testimony of former workers – who are often more willing to speak openly – they paint a depressing picture of the exploitation and indignity of undocumented migrant labour in Greece.

Adnan Ahmed, 20, worked for Razza for three months. A qualified nurse in Pakistan, he came to Europe hoping to find a better life. But once in Athens he found himself trapped by closed borders and without a bed or money.

He explains that workers are lured to farms with the prospect of plentiful work and a place to stay.

“Before you arrive you are told that you’ll be able to save a lot of money and send some to your family,” he says. “They say there is a bed for you and food, and that you only need to pay some money for it.”

Pakistani workers say they are paid 22 euros ($23.3) per 100 crates of oranges they fill, usually a day’s work, but that the amount varies between nationalities, with Albanians receiving 28 euros ($29.6) for the same number of crates.

Newly arrived workers are often encouraged to recruit friends and relatives for which they are told they’ll receive bonuses.

Charged 50 euros ($52.9) a month per person for their accommodation, and inflated amounts for food and even cigarettes, some workers soon find themselves in debt to their foreman.

“They tell you you must work to pay them back the money you owe them. But it is very difficult because they never pay you enough or give you enough work,” says Naveed Ahmed (no relation to Adnan).

The 27-year-old pharmacist from Chenab Nagar, Pakistan, worked for a month for a different gang. Initially he was excited when told by a friend that there was a job and a house for him on a farm near Argos. But after a month’s work he had received no money so he and three other men asked their foreman for permission to leave.

“[The foreman] and two big guys locked me and my friends in our room,” he says. “He said that because one of my friends owed him money we all had to pay his debt or we wouldn’t leave.”

Naveed says he and the other men were held for four days. When they needed the toilet they were escorted by two of the men who had locked them in, to prevent them from escaping. One worker managed to run away and pawned his phone to pay for the bus back to Athens.

As Naveed quietly recounts the details, his hands begin to shake. Eventually he and the others were released after a friend in Athens paid the debt.

‘Where is this Europe?’

Few workers say they actually receive any of the money they are owed, but they choose to stay for lack of a better option and in order to avoid arrest and deportation.

Adnan Ahmed says that after three months he received none of the 300 euros ($318) he was owed. Other workers say they receive small amounts, just a fraction of their total wages.

Workers in the area of Poullakida live in a variety of dirty and cramped out-buildings, warehouses and makeshift structures for which they each pay rent of between 30 euros ($31.7) and 50 euros ($52.9) a month to the local owner of the property.

“In Pakistan, even our farm animals live better than we do in Greece,” says Adnan Ahmed.

With some holding up to 30 workers in rows of cramped bunk beds, the owners can make huge profits. In most cases workers pay the rent to the foreman, who in turn pays the property owner. But some workers suggested that their foremen were inflating the price-per-person in order to take their own cut.

In the dilapidated building where he and his workers live, Faisal Razza occupies a commanding position at the back of the room on the highest bunk bed.

Though just 19, Razza carries himself with the confidence of a much older man. Having left Pakistan after a violent argument made him fear for his safety, he travelled alone to Greece as a teenager.

He picked up the local language quickly as a fruit picker. After just one year he won his bosses’ favour and progressed to foreman. Now he is dating the daughter of an Albanian gangmaster. He says he hopes to marry her.

Razza, who sleeps with his wallet under his pillow, told Al Jazeera that he pays all his workers a fair amount and that they were all free to leave whenever they wanted. But he declined to answer specific questions.

Many workers left behind profitable jobs in other countries to travel to Europe. “I lived in Malaysia for 10 years and had good work as an electrician,” says Imran Ahmed, the cousin of Adnan Ahmed. “Then one day my friend called me from Germany and said that the border was open and that I should come to Europe.”

Imran speaks fluent Malay but now finds himself stuck in a country with no money, legal status or common language. “Of course it’s the biggest regret of my life,” he says.

Mujahid, a Pakistani worker from a different gang in Poullhakida, used to work in a shop in Saudi Arabia and earned 1,500 euros ($1,586) a month, which he considered good money. Now he says he earns about 20 euros ($21.2) a day, but is seldom paid his wages.

“My life in Saudi Arabia was so much better than Europe,” he says. “I thought Europe was a good place for hard workers. Now I wonder, ‘where is this Europe?'”

‘They have no rights’

For close to a decade, Greece has experienced an economic and social crisis of unparalleled proportions for an advanced economy in peacetime conditions; the Greek economy has collapsed, living standards have plummeted, and unemployment and child poverty is endemic. The country has been subjected to severe austerity meaures and has struggled to cope with an unprecedented influx of refugees.

Yet, amid wider economic strife, Greek agriculture has profited in recent years.

Greek farming faced a labour shortage in the 1990s, but migration from Eastern Europe and South Asia has saved Greek agriculture, says Professor Charalambos Kasimis, the general secretary of the Greek Ministry of Agriculture.

“Agriculture…has become the most dynamic sector in terms of exports, in terms of employment,” says Kasimis. “We can see, for example, the exports of our agricultural products have increased rapidly over the past years of the crisis.”

But despite the important role migrant workers have played over the years, they remain at risk of exploitation.

“Pakistani, Bangladeshi [workers] are here illegally, without families and naturally their status is lower in terms of wages, resident status and of course the issue of rights – they have no rights,” says Kasimis.

On March 30, the European Court of Human Rights ruled in favour of a group of Bangladeshi strawberry pickers over an incident in 2013in which they were shot at by their employer.

The group of migrant workers in the southern town of Manolada, who lived in similar conditions to those interviewed by Al Jazeera and worked under armed guard, had confronted their employer about unpaid wages. One foreman opened fire on the group, injuring 35 people, four of them critically.

A Greek court initially cleared two of the foremen, including the farm owner. Two others were sentenced to 14 years and eight years in prison, but were freed pending an appeal. The farm owner was ordered to pay the workers 43 euros ($46) each.

The court’s decision now orders Greece to pay damages of 12,000-16,000 euros (roughly $12,750-$17,000) plus costs to each worker for having failed in its obligation to prevent human trafficking, forced labour and “to protect the victims, to conduct an effective investigation into the offences and punish those responsible”.

“We are very pleased and excited by today’s judgment,” said Morsed Chowdury, the lead applicant in the case. “We hope that the Greek government will learn from our experiences and recognise our important role in the Greek economy.”

The Greek government last year introduced a voucher system whereby undocumented workers can receive a fair wage and some employment rights, without having to worry about their undocumented status. However, its use has been limited, particularly as employers using it would be required to pay the minimum wage, which few do.

Kasimis hopes that the scheme will be more successful this year.

He admits, however, that it is a temporary solution to the problem and what is ultimately needed is new legislation to regularise undocumented migrants, something he claims is currently “impossible”.

“First, because the EU is opposed to such regularisation programmes,” says Kasimis. “And [because] it is also politically sensitive [in Greece].” 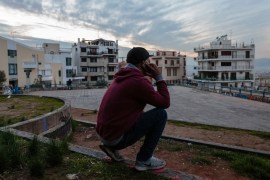 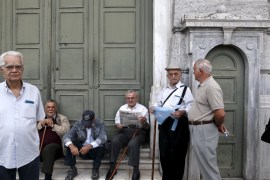