As the world has by now been made painfully aware, Donald Trump‘s preeminent goal as president of the United States is to “make America great again”.

But for many students – not to mention victims – of international history, the burning question remains: when exactly was America great?

The answer is surely not to be found in the atomic bombs dropped on Japan in 1945, the lethal chemicals used to saturate Vietnam, or the unexploded munitions that continue to maim and kill people in Laos decades after the secret US war on that country.

Nor, presumably, would Latin Americans slaughtered by US-backed dictators and death squads be able to provide many clues as to the whereabouts of America’s historical “greatness”.

On the domestic front, too, the whole concept of greatness has been rather elusive – unless, of course, we take it to mean a centuries-long tradition of crushing Native Americans, blacks, and everyone else whose dignity can be comprehensively violated in the service of elite socioeconomic domination.

Moreover, America’s ongoing prioritisation of the health of the arms industry, a pillar of the current capitalist system, occurs – naturally – at the expense of human wellbeing both at home and abroad.

In his seminal work “A People’s History of the United States”, the late American historian Howard Zinn noted one particularly gleeful period of Cold War military spending in which a certain Trident submarine – one of various “frightful and superfluous weapons … totally useless except in a nuclear war” – came with a $1.5bn price tag.

OPINION: Trump’s ‘Muslim ban’ is not an exception in US history

This sum, Zinn reported, was “enough to finance a five-year program of child immunisation around the world against deadly diseases, and prevent five million deaths”.

But why let dying kids get in the way of US greatness?

Alas, few observers are as meticulous as Zinn, who relentlessly connected the dots, exposing the economic foundations and functions of the more than a half-millennium of bloodshed, plunder, displacement, and exploitation that has characterised the American landscape since Christopher Columbus’ so-called “discovery” of the place in 1492.

In contrast, the official mass-marketed version of US history predictably whitewashes the American trajectory, converting potentially unpleasant memories – the wars on Native Americans and blacks, for example – into stand-alone tragedies and unfortunate episodes that in no way taint the moral integrity of the nation itself, which is instead cast as a pioneer in democracy, equality, human rights, and all that good stuff.

Obviously, it would be far easier to buy into the notion that the US now occupies an enlightened realm of post-nastiness if, you know, American cops didn’t continue to murder innocent black people with impunity.

It would also help if the American non-elite didn’t continue to be generally asphyxiated by the very society decried by Zinn: One that is engineered to ensure that all men are not, in fact, created equal, particularly when it comes to the distribution of wealth.

Fortunately for the powers that be, the US education system is essentially rigged to toe the official line. Schoolchildren are bombarded with myths of American exceptionalism aimed to counteract a physical reality of societal decay, while bellicose shenanigans abroad are presented as freedom and democracy promotion and the natural behaviour of great people.

My own recollections of attending Catholic primary school in the US – aside from being taught that my dog was not going to heaven and that Saddam Hussein could send a missile to my classroom at any minute – include annual festivities surrounding everyone’s favourite whitewash of genocide and land theft: Thanksgiving.

Come mid-November, half the class would set about crafting Pilgrim hats, the other half would craft “Indian” headpieces, and then we’d all harmoniously draw turkeys together and consume pumpkin pie.

Another highlight of the school years was the daily standing recitation of the Pledge of Allegiance to “one Nation under God … with liberty and justice for all”.

So much for the separation of church and state – or the fact that “liberty and justice” have never been “for all”, being as they are totally irreconcilable with the obscene socioeconomic disparity that continues to prevail in the US.

READ MORE: Know your history: Understanding racism in the US

In August of last year, CNN Money announced that, according to a report by the Congressional Budget Office, “the rich are still getting richer in the US, with the wealthiest 10 percent controlling three-quarters of all family wealth in the country.”

The article continued on to note that “the entire bottom half of the population” was left with “just 1 percent of the total pie”.

Now, of course, one particularly wealthy character is threatening to “make America great again”. But given that American “greatness” has for so long been tantamount to widespread oppression, we might be forgiven our pessimism.

And while much of America is consumed with the furore over “fake news“, much more of a ruckus could stand to be made over what amounts to America’s fake history. 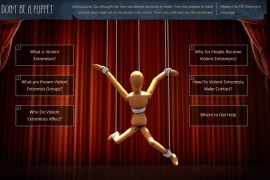 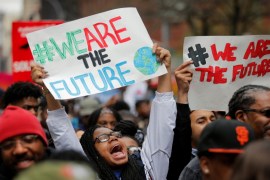 Is America dying or is it being born again?

Behind the vulgarity and racism of Trump’s America, a different vision of what it means to be an ‘American’ is rising.