At least 40 civilians at a wedding party have been killed during a raid conducted by Afghan special forces on a Taliban hideout, officials said.

“Some 40 people were killed and 18 others were wounded and were brought to the hospital,” he told AFP news agency. “All the victims were civilians”.

On Monday, Omar Zwak, the provincial governor’s spokesman, told Al Jazeera that at least 14 fighters, including six foreigners, were also killed, adding that authorities were investigating reports on civilian casualties.

“We know there have been civilian deaths in this raid but we don’t have a number yet,” he said. “However, we are investigating to find out more.”

Zwak added the civilians killed were part of the wedding procession that came under fire during the operation targeting a house used by the Taliban.

“We have conflicting reports of just how many civilians were involved, but what does seem to be certain is that a number of women and children were among the casualties,” said Al Jazeera’s Rob McBride, reporting from Kabul.

Meanwhile, Afghanistan’s defence ministry said in a statement that as a result of the operations in Musa Qala district, 22 foreign members of the Taliban were killed and 14 arrested. The arrested “terrorists” include five Pakistani nationals and one Bangladeshi, it said.

“The foreign terrorist group was actively engaged in organising terrorist attacks,” said the statement which adde3d that a large warehouse of the “terrorists'” supplies and equipment was also destroyed.

‘Civilians caught in the middle’

The deadly raid came days after the US confirmed carrying out a drone attack on September 19 that killed at least 30 farmers in eastern Afghanistan’s Nangarhar province. At least 40 others were wounded in the attack in Wazir Tangi area of Khogyani district.

US forces said that attack was targeting the fighters of the Islamic State of Iraq and the Levant (ISIL or ISIS) group.

Afghan and allied international forces, including NATO, have killed more civilians in the first three months of this year than the Taliban and fighters from other armed groups, a UN report said in April.

At least 305 civilians have been killed by pro-government forces between January and March, some 52 percent of all deaths in that period, according to findings from the UN Assistance Mission in Afghanistan (UNAMA).

In one of the most condemned incidents earlier this month, four brothers were killed in a raid conducted by the CIA-trained and funded 02 Unit of Afghanistan’s spy agency, the National Directorate of Security (NDS).

“In the run-up to the elections [this month], the coalition has claimed a number of successful attacks at what they see as legitimate targets, Taliban fighters, but the danger is that in all of this increased activity – also on the Taliban side – civilians are caught in the middle,” said Al Jazeera’s McBride.

The United States and the Taliban began peace talks last October in Qatar, with the aim of ending the almost 18-year-old war in Afghanistan.

But in a surprise move, US President Donald Trump announced last month after the ninth round of talks that he had cancelled the negotiations without a deal.

A week after the talks were cancelled, Trump said in a tweet that the Taliban have “never been hit harder”.

“After Trump cancelling the peace deal with the Taliban, there has been an increase in drone attacks and ground operations, that is causing an increase in civilian casualties,” Faizullah Zaland, a political analyst based in Kabul, told Al Jazeera.

“It will deepen mistrust among people in the Afghan government and will deepen the current crisis,”

“US must play a more responsible role in ending the meaningless war and prevent Afghan civilian casualties with immediate effect,” he said.

Afghanistan will hold its fourth presidential elections on September 28 since US-led forces toppled the Taliban from power in 2001. 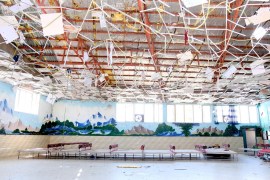 Survivors say they are devastated as wedding hall organisers look to beef up security following the deadly ISIL bombing. 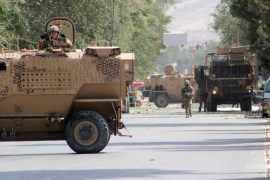