The Gaza Strip’s only operating power plant was turned off late on Wednesday due to a severe shortage of fuel, leaving the coastal enclave in a complete blackout, local officials said.

Officials at the Hamas-run power corporation said they had turned off the last operating turbine at the plant in southern Gaza city.

The besieged Palestinian territory, where more than two million people live, has been suffering from an energy crisis since mid-April due to a dispute over taxes between Hamas, which rules the enclave, and West Bank-based Palestinian Authority President Mahmoud Abbas.

Gaza has been under a tight Israeli blockade for a decade and residents have been subjected to persistent blackouts.

INTERACTIVE: Gaza left in the dark

Residents of the besieged enclave generally receive three to four hours of mains electricity a day, delivered by the territory’s own power station and others in Israel and Egypt.

Gaza’s sole power plant, which supplied 60 megawatts, had previously shut down in April after it ran out of fuel. Prior to its shutdown, the Palestinian Authority removed a tax exemption on diesel fuel, doubling the price as a result.

Two weeks ago, Egypt shipped approximately 4 million litres of fuel to operate the power plant – but it was not enough to resolve the worsening crisis. Power lines built to supply electricity from Egypt have been damaged amid heavy fighting in the Sinai region.

Israel, which supplies 125 megawatts, or 30 percent of the total electricity needs of the Gaza Strip, decided last month to reduce the amount of electricity it supplies to Gaza by at least 40 percent after Abbas cut electricity funding by the Palestinian Authority.

The move was widely seen as an attempt by Abbas to step up pressure on the rival Hamas movement.

The UN humanitarian coordinator for the occupied territories, Robert Piper, warned last month that the power cuts would have a disastrous effect.

A joint statement of 16 groups, among them Israel’s B’Tselem, Peace Now and Rabbis for Human Rights, said they had asked Israel’s attorney general to intervene.

They said further cuts would contravene a 2008 Israeli supreme court ruling that years of Israeli control over the strip had created near-total dependence on the power supply from Israel and it must, therefore, continue to provide sufficient electricity to meet humanitarian needs.

Amnesty warned in a separate statement last month of a “looming humanitarian catastrophe”.

Multiple attempts at reconciliation between Hamas and Fatah have failed, but the Palestinian Authority has continued to pay Israel for some of the electricity delivered to Gaza. 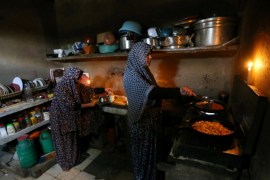 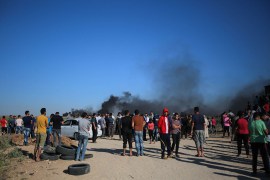 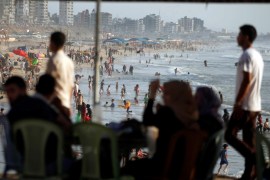