Tropical Cyclone Dineo has formed in the Mozambique Channel, the fifth cyclone of the 2016/17 Southern Hemisphere cyclone season.

Dineo is now forecast to strengthen quickly over the next 36 hours before making landfall over southern Mozambique on Thursday. The storm is then expected to bring flooding rains into the northeast of South Africa by the weekend.

Tropical Cyclone Dineo is currently 130km to the west of Europa Island. Sustained winds are around 100 gusting to 130km per hour.

Weather conditions in the channel are a perfect breeding ground for the storm to intensify. Sea surface temperatures off the west coast of Madagascar are just over 30 degrees Celsius. This is where we have the bulk of the thunderstorms.

That temperature is well in excess of the 27C required for tropical systems to develop and grow. Indeed, Dineo is expected to peak with winds around 120 gusting 150km/h on Wednesday.

That would make it equivalent to a Category 1 hurricane on the Saffir-Simpson scale for Atlantic hurricanes. Although it will not be a particularly powerful storm, there is likely to be some wind damage.

There is rather more certainty that the rains will be heavy enough to cause widespread flooding. Current projections take the cyclone towards Inhambane in southern Mozambique late on Wednesday before spreading torrential downpours into South Africa’s Kruger National Park two days later.

The storm is likely to have dissipated by the time it reaches South Africa. However, it will take much longer for the flooding rains within the warm, moist air to clear away. 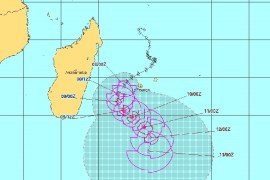 Tropical Cyclone Carlos brews up in the Indian Ocean 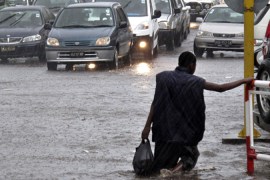 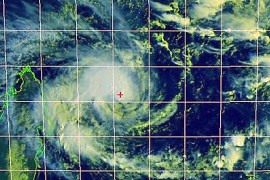