Palestinian Prime Minister Rami Hamdallah has chaired a unity cabinet meeting in Gaza as part of national reconciliation efforts between his Fatah party and Hamas.

“We are here to turn the page on division, restore the national project to its correct direction and establish the (Palestinian) state,” said Hamdallah, in his opening remarks on Tuesday.

An Egyptian security delegation is monitoring the reconciliation process.

It was the first meeting of the cabinet in Gaza since November 2014, although Hamdallah visited a year later without his ministers.

Upon his arrival in the Gaza Strip on Monday, Hamdallah announced that several committees have been established to handle issues such as border crossings and Palestinian Authority (PA) employees in the Strip.

‘The reconciliation will last‘

Last month, Hamas announced it had agreed to demands by Palestinian President Mahmoud Abbas‘ Fatah party to dissolve what is seen as a rival administration in Gaza. It also said it was ready for elections and negotiations towards forming a unity government.

“Hamas demanded that the people’s grievances be addressed in the meeting,” he said. “This time, both parties are serious about making the reconciliation project/unity government last.”

Qassem pointed out that Hamas’ decision to dissolve its administrative government was a strategic step that they will uphold.

Usamah Qawasmeh, Fatah spokesperson, said the group expected that “this time, the reconciliation will last.”

Qawasmeh told Al Jazeera: “The project requires patience and perseverance, and we’re surrounded with a hopeful atmosphere. This time, and in accordance with Palestinian law, we’re not going to back down and we will continue to only move forward.”

Yet, most analysts expect the reconciliation process to fail, as previous attempts have.

While administrative control will be handed over, the Hamas government will retain authority over security, a factor that political analysts say is likely to result in the failure of the unity government.

“Both sides are cautious and moving cautiously towards each other,” Mohammed Daraghmen, a political analyst based in Ramallah, told Al Jazeera.

“There are still huge political, security and administrative differences that are unsolved,” he added.

“I think Gazans need to wait a long time until they see significant changes happening on the ground.”

Hamas then pushed Fatah out of Gaza in a bloody conflict, when the latter refused to recognise the result of the vote. Hamas and Fatah have ruled the Gaza Strip and the West Bank respectively ever since, and multiple attempts at reconciliation have since failed for several reasons.

The latest attempt in 2014 was thwarted when Israel launched a 51-day war against Gaza.

Hamas’ control over security and its nature as an armed resistance movement have also constituted an obstacle for the PA, which cooperates with Israel on security-related matters, as laid out in the Oslo Accords, signed in 1993 and 1995 between the Palestine Liberation Organization and Israel. 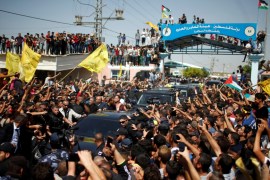 After a decade of divide, the Palestinian Authority is expected to take over the administration of the Gaza Strip. 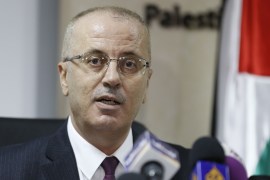 Palestinian Authority’s Rami Hamdallah to follow up on Hamas concessions to end decade-long rift with Fatah.