Prince Mohammed bin Nayef, a committed ally of the United States and one-time successor to the Saudi throne, has reportedly been arrested, in what analysts suspect is an attempt by Crown Prince Mohammed bin Salman to consolidate his reign and bar his rivals before a potential handover.

The former interior minister was detained on Friday alongside Prince Ahmed bin Abdelaziz, King Salman’s brother and one of the last two remaining sons of the kingdom’s founding father, several US publications reported.

According to the Wall Street Journal, they were arrested over accusations of plotting a coup against the king and the crown prince. There was no immediate comment by Saudi authorities.

Named crown prince in April 2015 shortly after King Salman acceded to power, Mohammed bin Nayef served in the position until his dismissal in a major reshuffle two years later that also saw him lose the interior ministry portfolio, which he had held since 2012.

“I am content,” he said at the time about his cousin Mohammed bin Salman‘s promotion to the role, adding: “I am going to rest now. May God help you.”

Reports later said he had been placed under house arrest following his removal from office.

With years of experience in intelligence work, and having played a major role in Saudi’s internal security policies, the 60-year-old Mohammed bin Nayef has been called “the prince of counterterrorism”.

Analysts have argued that Mohammed bin Nayef was also the most pro-US figure of the Saudi leadership.

He attended school in the United States, taking classes at Lewis & Clark College in Portland, Oregon. In the late 1980s, Mohammed bin Nayef studied at the Federal Bureau of Investigation (FBI) before also taking “anti-terrorism” courses at the United Kingdom’s Scotland Yard unit in the early 1990s.

Before the September 11, 2001 attacks in the US, Mohammed bin Nayef had already developed a relationship with US officials as a respected figure in the “war on terrorism”.

He led a crackdown on al-Qaeda in Saudi Arabia between 2003 and 2007, where attacks against security headquarters, foreign residential compounds and government buildings killed dozens of security officers and foreigners.

While leading Saudi Arabia’s war on al-Qaeda, Mohammed bin Nayef was outspoken in the media, appearing frequently on TV to speak about the kingdom’s manhunt of hardline operatives.

The US Central Intelligence Agency (CIA) regarded Mohammed bin Nayef as the key to defeating al-Qaeda.

In 2009, Mohammed bin Nayef survived an assassination attempt by al-Qaeda after agreeing to meet Abdullah al-Asiri, a member of the armed group who framed himself as a repentant former fighter. During the meeting in Jeddah, al-Asiri detonated a suicide vest, but ended up only slightly wounding Mohammed bin Nayef.

His survival of the assassination attempt led many in Saudi Arabia to regard him as a hero.

In 2012, he succeeded his father as interior minister and three years later was also appointed deputy prime minister. But he then transitioned into a more low-profile role, as Mohammed bin Salman built a more prominent reputation for himself as the architect of the Yemen war.

In 2017, Mohammed bin Nayef was awarded a medal by the new director of the CIA, who honoured his contributions to “counterterrorism” work. 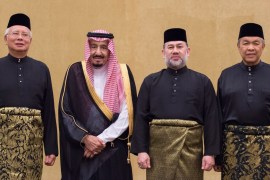 What King Salman seeks in Asia 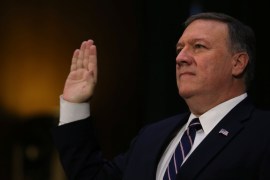