On Wednesday, January 6 at 19:30 GMT:
In Canada, suicide is the leading cause of death for First Nations youth and adults up to 44 years of age. Shockingly, Indigenous people die by suicide at three times the rate of their non-Indigenous counterparts – with women and young people disproportionately impacted.

A 2020 report published by British Columbia’s Representative for Children and Youth, Dr. Jennifer Charlesworth, says one third of all deaths reported for First Nations children are a result of suicide. It is a tragic and long-standing issue that gained global attention in 2016 when Canada’s Attawapiskat First Nation saw over 100 suicide attempts (in a community of only two thousand people) within four months.

Historically, suicide and self-harm was said to be a rare occurrence amongst First Nations and Inuit people. However, after contact with Europeans and the subsequent effects of colonialism, it became a prevalent issue.

On this episode of The Stream, we ask why suicide rates are so high and why the Canadian government fails to put this issue at the forefront of its national health policies.

In this episode of The Stream, we are joined by:
Tristen Durocher
Activist

Indigenous ‘at much greater risk’ amid coronavirus pandemic 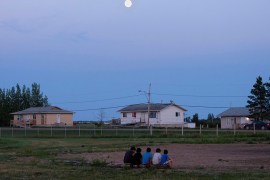