On Friday, October 30 at 2000 GMT:
The United States has one of the longest election processes in the world. But even punctuated by the seismic shocks of anti-racism protests and a pandemic spiralling out of control, it feels like a blur as November 3rd nears – and all that matters is the counting of the votes.

With the latest remarks of incumbent president Donald Trump and challenger Joe Biden dominating the headlines, this hour-long Stream special will look ahead to election day by focusing on some of the topics that have most interested our audience over the last four years, and others that are sadly under-reported.

The transformative Black Lives Matter movement cannot be ignored and, according to several political analysts, it has not only captured the attention of the US and the world but could move the dial at the ballot box. We will consider the impact of BLM and anti-racism protests that swept the country, and ask what a Biden or Trump win could mean to the fight for racial justice.

Next, we will meet members of immigrant communities to hear how the policies of the Trump administration have affected them. We will hear from critics and supporters of the most divisive US president in recent memory and ask what they want for the next four years and beyond.

We will invite people with disabilities and representatives of indigenous peoples to tell us what the last four years have meant for them and ask how they would like to see the future play out.

And, finally, a panel of expert voices will offer us their thoughts on who might win and, crucially, what that could mean for the United States and the world.

Joe Biden is making his final pitch to Americans, though not all of his statements are factually correct. 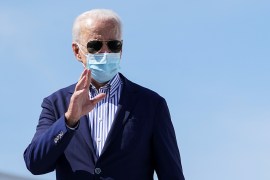 President Manuel Andres Lopez Obrador has a good relationship with Trump, but a Biden win could bring opportunities. 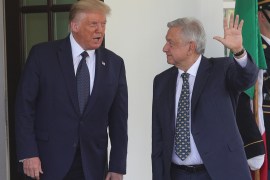 As President Donald Trump makes a last-minute push for election victory, we break down what you need to know. 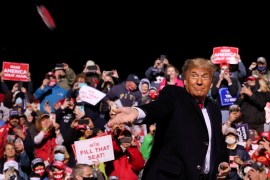