They call him the “orangutan whisperer”.

This is what the project's about. It's having orangutans, which were either doomed to death or a life in miserable captivity, now living free, independent lives in the forest... and doing well.

Leif Cocks is a former zookeeper from Australia who has dedicated his life to reintroducing endangered orangutans into the wild, something previously thought impossible.

At a jungle school in Sumatra, Indonesia, rescued orangutans practise climbing, foraging and fending for themselves in the forests.

Cocks has successfully reintroduced 180 of these animals and plans to save 8,000 more over the next decade.

“My goal is to save enough habitat that we can have 8,000 orangutans protected in reserves that we are looking after. And that will secure the species. That’s my goal. That’s at least a decent way of spending one’s life.”

So can Leif Cocks and his jungle schools help to save the endangered species from extinction?

101 East treks deep into the Sumatran jungle with the “orangutan whisperer” and meets those he is desperately trying to save. 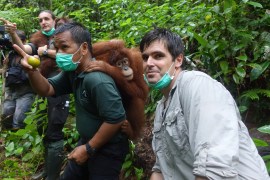 On the trail of the orangutan whisperer

An insight into filming orangutans in Sumatra as they prepare for their jungle school graduation and life in the wild. 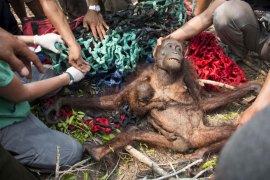 Plight of the orangutan

Forest fires and villagers endanger orangutans as they are forced out of their natural habitats in Borneo and Sumatra. 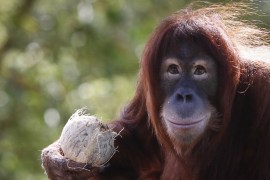 One man’s mission to save Indonesia’s orangutans

With forests disappearing at an alarming rate, zoologist leases land from government to give primates safe haven. 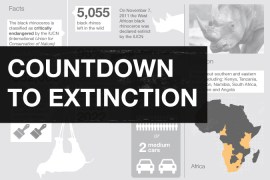 Which species are at risk of becoming extinct?