British journalists could be treated as spies, and given up to 14 years in prison for handling state secrets, if proposals by the UK’s Law Commission become law.

In 2015, the Commission, whose remit is to review and recommend reforms to UK legislation, was asked to examine laws relating to official data. Its recommendations, published last week, suggest the definition of the offence of espionage is changed so that it is “capable of being committed by someone who not only communicates information, but also by someone who obtains or gathers information” (PDF).

It would also lift restrictions on who can commit espionage. They would no longer have to be employees of the state, but could include journalists, NGOs or whistle-blowers, who wouldn’t be able to use a public interest defence to protect themselves.

We don’t have to look further than the 2013 Snowden leaks to understand the implications of the proposed changes – in fact they can be seen as a direct attack on the newspaper that broke the story.

In June 2013, the Guardian published the first of many articles that showed that the UK and United States had been engaging in the mass surveillance of the world’s digital communications.

The source of these claims was whistle-blower Edward Snowden, a former National Security Agency (NSA) contractor, who had stolen millions of files from his former employer.

Other media outlets including the Washington Post, The Intercept and Der Spiegel also published original stories using the leaked documents.

If the Law Commission’s proposals had been in place, the Guardian’s editor of the day, Alan Rusbridger, and other journalists would almost certainly have been charged with criminal offences for handling the Snowden files, never mind publishing stories based on them.

As it was, Rusbridger was hauled before a Home Affairs Select Committee to answer questions about his loyalty to the state and Government Communications Headquarters (GCHQ) technicians were dispatched to the Guardian’s offices to smash up two computers that had stored the leaked Snowden documents.

This was a futile act, given that copies of the documents were stored elsewhere, but it symbolised the British government’s frustration at its inability to control information in the digital age.

Or as the Law Commissioner, David Ormerod, put it: “Before the digital era, anyone engaging in espionage would be limited as to how much information they could access. But now, online communications and storage means the volume of information and associated risk is of a very different scale.”

When democracies pass laws that threaten the freedom of press, they provide justification for authoritarian regimes to pass their own repressive laws, often in the name of national security.

The destruction of the Guardian’s computers was a contributing factor in the UK’s fall by three places to 33rd in the World Press Freedom Index.

More recently, a draconian surveillance law, the Investigatory Powers Act, has been condemned by the National Union of Journalists because it threatens the ability of journalists to keep their sources secret.

National Union of Journalists (NUJ) general secretary, Michelle Stanistreet, has also criticised the Law Commission’s proposals for threatening public interest whistle-blowing and journalism ever further: “We have already faced many challenges and attacks on our right to report in the last few years. Could this be intended as another step taken to curtail the media in the UK?”

Consequences beyond the UK

If the UK Law Commission’s proposals become law, there could be consequences for free speech beyond the UK.

When democracies pass laws that threaten the freedom of the press, they provide justification for authoritarian regimes to pass their own repressive laws, often in the name of national security.

The British prime minister, Theresa May, has tried to distance herself from the proposals, insisting that they were initiated under her predecessor David Cameron’s leadership.

Given that the Home Office were a key part of the pre-consultation process, and May was serving as the Home Secretary during Cameron’s second term in office, this lacks credibility.

However, the government is now aware of the scale of opposition to these proposals. The Law Commission needs to bring the laws regarding official data up-to-date, not drag them back into the last century.

The last thing the UK needs is a blanket ban on reporting wrongdoing at agencies which are already barely accountable to the public.

Jim Killock is executive director of Open Rights Group, which campaigns for privacy and free speech. 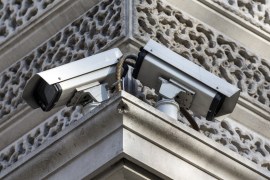 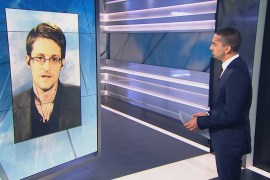