The death toll from days of tribal clashes in Sudan’s Blue Nile state has climbed to at least 65 people, the province’s health minister said.

The fighting between the Hausa and Birta ethnic groups in the southern province has also injured about 150 others, Gamal Nasser al-Sayed said on Sunday.

He told The Associated Press that most of the dead were young men who were shot or stabbed.

Al-Sayed urged authorities in the capital of Khartoum to help airlift 15 seriously injured, as hospitals in the Blue Nile lack advanced equipment and life-saving medicine.

On Saturday, officials had said the death toll was at least 31.

Authorities have deployed the military and paramilitary Rapid Support Forces — or RSF — to bring stability to the region. They also imposed a nightly curfew from Saturday night and banned gatherings in the towns of Roseires and Al-Damazin, the state capital, where the clashes took place.

Blue Nile Governor Ahmed al-Omda had on Friday issued an order prohibiting any gatherings or marches for one month. 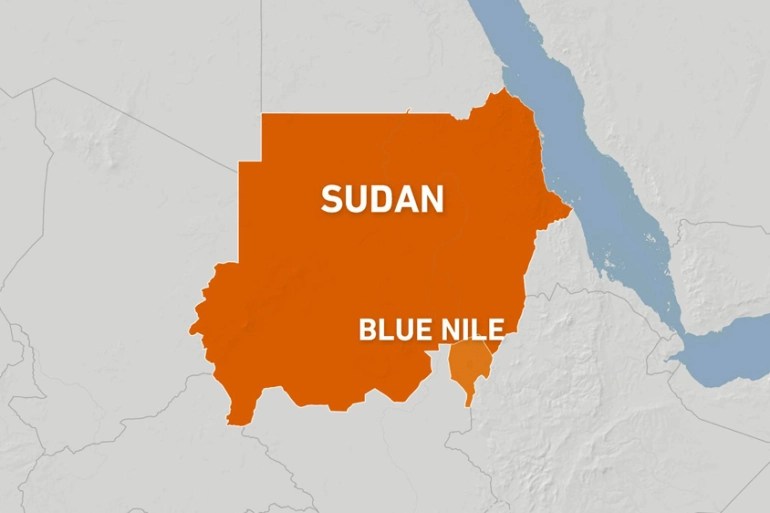 Ahmed Youssef, a resident of Al-Damazin, told AFP news agency that “dozens of families” had crossed the bridge into the city on Saturday to flee the unrest.

Hospitals had put out urgent calls for blood donations, according to medical sources.

One source at Al-Roseires Hospital told AFP the facility had “run out of first aid equipment” and that reinforcements were needed as the number of injured people was “rising”.

United Nations Special Representative to Sudan Volker Perthes has called on all sides to exercise restraint.

Inter-communal violence and the loss of life in Sudan’s Blue Nile region is saddening and deeply concerning. I urge the local communities to exercise restraint, refrain from retaliation and work with local and regional authorities for concrete steps towards peaceful co-existence.

The violence came after the Birta tribe rejected a Hausa request to create a “civil authority to supervise access to land”, a prominent Hausa member had told AFP on condition of anonymity.

But a senior Birta member had said the tribe was responding to a “violation” of its lands by the Hausa.

The Qissan region and Blue Nile state more generally have long seen unrest, with southern fighters a thorn in the side of Sudan’s former strongman president Omar al-Bashir, who was deposed by the army in 2019 following street protests.

Experts say last year’s coup, led by army chief Abdel Fattah al-Burhan, created a security vacuum that has fostered a resurgence in tribal violence, in a country where deadly clashes regularly erupt over land, livestock, access to water and grazing.

On Sunday, police fired tear gas in Sudan’s capital Khartoum against hundreds of anti-coup protesters who also called attention to the deadly clashes in the country’s south.

The capital has been the scene of near-weekly protests since al-Burhan’s power grab derailed a transition to civilian rule.

“Al-Damazin is bleeding,” read the placard of one of Khartoum’s protesters on Sunday.

In the city of Wad Madani, some 200km (124 miles) south of Khartoum, protesters diverted their demonstration to the local hospital to “donate blood to our brothers wounded in tribal clashes in Blue Nile,” protest organiser Ammar Mohamed told AFP.