Syrian air defences attempted to intercept the attack above the city of Homs. “An Israeli air aggression targeted parts of the central region, and the air defences are responding,” state-run news agency SANA said.

An unnamed military official was quoted as saying the warplanes fired missiles at 1:26am (23:26 GMT) while flying over the airspace of neighbouring Lebanon.

Israel, which has carried out hundreds of attacks in the past several years on Syria, did not immediately comment on the report. It rarely acknowledges or discusses such operations.

The latest raid came amid an increase in reported attacks by Israel on Syria in recent weeks.

Last week, Syria said Israel carried out an attack south of the capital, Damascus. The attack came from the occupied Golan Heights and hit an empty facility, without causing any casualties.

Earlier this month, two Syrian soldiers were wounded after Israel carried out an air raid near the eastern countryside of Homs and the coastal city of Tartous.

Israel has acknowledged it has taken out the bases of Iran-allied militias, such as Lebanon’s Hezbollah group that has fighters deployed in Syria. It says it attacks arms shipments believed to be bound for the armed group.

Hezbollah is fighting on the side of Syrian President Bashar al-Assad’s forces in the 10-year-old civil war.

Israel says an Iranian presence on its northern frontier is a red line, justifying its air raids on facilities and weapons inside Syria. 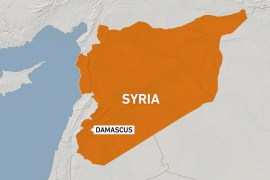 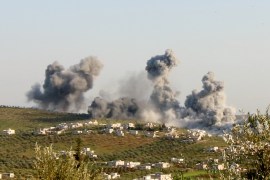 New York Times investigation finds that up to 64 women and children may have been killed in the March 2019 air raids. 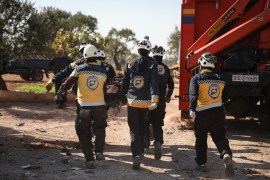 Children aged one, two and eight were killed in a Russian air raid on a farm in Syria’s northwest, say rescue workers.