Idlib, Syria – It was an ordinary day for the Khodr family, working in a poultry house on Brouma Farms in northern Idlib province.

“We went inside the poultry farm’s hangar, and suddenly I saw a bright light and passed out,” Ali Khodr tells Al Jazeera of the incident a week ago. “I woke up covered in dirt, dusted myself off, and saw my brother Yehya. He wouldn’t answer me. He was dead.”

Russian air raids had hit the farm. Khodr lost not only his brother but also his six-year-old son Hassan, who was picking olives in the yard. Yehya’s wife, Sidra, and their two other children – two-year-old Assaad, and one-year-old Marwa – were killed as well.

“The missile landed just 20 metres or so away from where Hassan was standing,” Khodr said. “Hassan wasn’t going to school then because it was a bit too far, but he did like school.”

Khodr was surprisingly poised, even after having to bury five members of his family.

They had fled the Aleppo countryside because of the conflict and were trying to make ends meet in Idlib.

Khodr suffered head trauma, facial burns, bruises, and a mild eye injury in the attack on the farm. But he dismisses his physical wounds when he thinks about Hassan.

“The Russians say they are targeting armed people. Are these children criminals?” he says. “Let Russia, Turkey, or the United Nations come to the area and see if they can find a hunting rifle, but all they will find is the poultry farm where we raised chickens and chicks.”

At least 60 children in Idlib have been killed in some 700 air raids and shelling in Idlib over the past five months, Syrian Civil Defence media coordinator Moussa al-Zaidan told Al Jazeera.

Tensions continue to escalate in the last rebel stronghold in Syria’s northwest, where a truce reached in March last year has been repeatedly violated.

Idlib, besieged by the Syrian government which is determined to retake it, relies on a border crossing with neighbouring Turkey, a UN-designated aid delivery corridor allowing aid into Idlib without going through the government in Damascus.

Aid groups and hospitals say it is the last lifeline for about 4.4 million Syrians. About half of them are internally displaced people. Most are women and children, UNHCR spokesperson Rula Amin tells Al Jazeera.

Ahmad al-Jomaa, 10, survived an air raid that hit near his family’s home in the Aleppo countryside a few years ago. “I remember when the missile hit us, I was right outside our home,” al-Jomaa said. “I remember my mother running over and picking me up.” Three neighbours next door were killed.

His father Zakaria says Ahmad’s pelvis was fractured and he suffered internal lacerations in his stomach and intestines. “Ahmad had to undergo two surgeries and have a mesh installed,” he explains. “He spent 20 or 25 days in the hospital, struggling to eat or drink.”

He and his family have since fled to al-Barr camp in northern Idlib.

The 10-year-old has a large scar across his stomach, which does not seem to bother him all that much. He cannot go to school any more, though he says he misses it.

“I would like to study to become a doctor so I can help people,” Ahmad tells Al Jazeera. “And I would like to go back to school and be with other students, but I have to help Dad because our situation is terrible.”

Instead of going to school in the morning, he and his father work at a local garbage dump from 7am until 3pm. “We make just enough to pay for food and some other expenses. It’s not enough, but this is the work that’s available for us,” Zakaria says. “I do worry about him [Ahmad], but we need him to help us put food on the table.”

Amin says for children in northwestern Syria, it is an endless run to escape one danger after another.

“If they are able to escape the conflict and violence, they often wake up to the destruction of their homes, schools and streets. When displaced, finding a roof or a shelter to protect them is a daily pursuit, as well as finding access to safe water, electricity and sanitation,” says Amin.

What Ahmad seems to miss most is being able to play with children, the way he used to before the air raid. “It’s hard to play with them like before because they like to wrestle and fool around,” he says. “But I can’t because of my surgery.”

His father says Ahmad spends a lot of time playing with a mobile phone after work and does not like to go out. “He just goes to work at the dump and comes back home,” Zakaria says. “He’s just really horrified, and he refuses to leave, even if I suggest we go out together.”

Ahmad says he is afraid an air raid could hurt him and his family again.

Ahmad’s situation is not unique.

In fact, it has become the norm for many children who only know one life, in a displacement camp.

Aziza Ziyada is just five years old, but she has survived several air raids that hit her home and school.

“One time, Russian air raids destroyed our home, but thank God the Civil Defence saved us and pulled us from under the rubble,” her father Abbas tells Al Jazeera. “Once an air raid hit close to her and her brother when they were at kindergarten.”

The family, who come from southern Idlib, fled to a displacement camp further north. Aziza finished the first grade, but cannot continue going to school because of the family’s financial situation.

In the meantime, she plays outside among the olive trees with her brother and the neighbour’s kids. But whenever she hears an aircraft, they run home to their father. “When they hear the sound of a plane, she just runs home in a flash, and she yells ‘Dad, the plane is going to attack us!” Abbas explains. “But I just try to keep them calm. That’s really all I can do.”

The Syrian government has pledged to restore control over territory lost during the 10-year conflict, which began in March 2011.

Over the past decade since Syria’s 2011 uprising that escalated into a brutal, multifaceted war, hundreds of thousands of people have been killed, millions forced from their homes, and the country’s infrastructure destroyed.

Though the conflict may have subsided in large swaths of war-torn Syria, Amin says the impact of the “constant barrage of threats” for children will last for years to come.

“Even if they manage to escape physically unscathed, they are traumatised by the violence and the suffering they witness,” Amin says. “A vicious cycle has taken hold of their past, present and unfortunately, now, of their futures.” 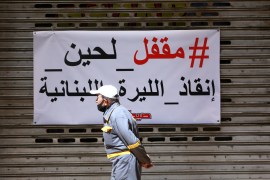 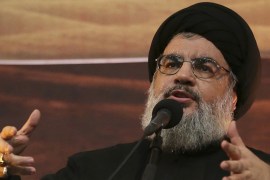 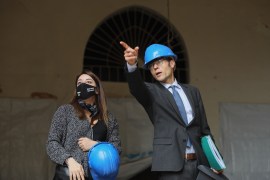 UN expert blasts the banking sector for failing to recognize its role in the country’s crippling economic crisis.