The United Nations‘ highest court has called on Britain to quickly cede control over a chain of islands in the Indian Ocean, the largest of which houses a strategically important American military base, to Mauritius.

In a non-binding opinion issued on Monday, the International Court of Justice (ICJ) said the United Kingdom had illegally split the Chagos Archipelago islands from its former colony at independence in the 1960s, after which thousands of islanders were deported.

“The United Kingdom is under an obligation to bring an end to its administration of the Chagos Archipelago as rapidly as possible, thereby enabling Mauritius to complete the decolonisation of its territory in a manner consistent with the right of peoples to self-determination,” the ICJ’s opinion said.

The ICJ was tasked by the UN in February 2017 to give its view on the decades-old dispute between Britain and Mauritius over the islands, which lie around 2,000km away from the latter.

Mauritius argues the Chagos archipelago was part of its territory since at least the 18th century and was taken unlawfully by the UK in 1965, three years before the island nation gained independence.

However, Britain insists it has sovereignty over the archipelago, which it calls the British Indian Ocean Territory.

The UK government defended the base after the court’s announcement.

“The defence facilities on the British Indian Ocean Territory help to protect people here in Britain and around the world from terrorist threats, organised crime and piracy,” the foreign ministry said in a statement.

Britain evicted about 2,000 people from the archipelago in the 1960s and 70s to make way for a huge US military base on the largest of the islands, Diego Garcia, which played a key strategic role in the Cold War before being used as a staging ground for US bombing campaigns against Afghanistan and Iraq in the 2000s.

The evictions were described in a British diplomatic cable at the time as the removal of “some few Tarzans and Man Fridays”.

Many of those displaced resettled in the UK and have since fought in British courts to return to the islands. Their supporters include the leader of the UK’s main opposition Labour Party, Jeremy Corbyn.

Britain, which apologised in September for the “shameful” way it evicted thousands of islanders from the Chagos archipelago, has insisted Mauritius was wrong to have brought the case to the ICJ.

The US, meanwhile, said the court had a “duty” not to take a position on the dispute.

Monday’s legal opinion is only the 28th since the ICJ was set up in 1946 in the wake of World War II to provide a tribunal to resolve disputes between UN member states.

Previous such opinions include one on Israel’s West Bank separation barrier in 2004, which judges said was illegal. 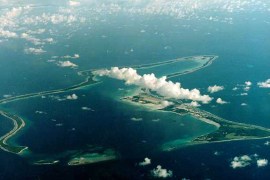 And managed to cover it up. 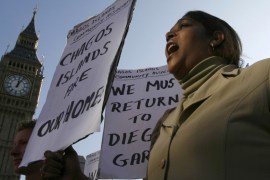 The Chagos Islands: Colonialism on trial at the ICJ

Chagossians are still fighting for justice and redress against colonisation and imperial subjugation.