Running for her fourth successive term as German chancellor, Angela Merkel looks set to remain in post after the country’s federal elections on Sunday.

Recent polling places Merkel more than 10 points ahead of her nearest rival, Martin Schulz and his Social Democratic Party (SPD), projecting that her Christian Democratic Union (CDU) Party will win about 36 percent of the vote.

Such a result would afford the party the chance to govern by coalition, as is the norm in Germany, either through a partnership with the SPD or via a wider agreement with a number of smaller parties.

Merkel, therefore, stands on the cusp of becoming modern Germany’s longest-serving chancellor, providing she remains in position until 2021, and stretching her presence in the German parliament into a third decade.

From ‘my girl’ to the ‘mother’

Often considered the most influential European head of state, her international presence has been built on the foundations of extended domestic success.

After her election, she rose swiftly through the ranks of the party – serving as a minister for women and youth, and later the environment – before being chosen as its leader at the turn of the millennium, in April 2000.

A former protege of Chancellor Helmut Kohl – who once referred to Merkel as “mein Madchen”, or “my girl” – Merkel’s ascent marked a changing of the guard in German politics.

The era of the Madchen was over, the time of the “Mutti”, or “Mother”, as she is now commonly known, was about to begin.

Five years after her elevation to the CDU leadership, Merkel steered the party to success in the 2005 federal election, placing a woman at the nation’s helm for the first time.

Her rise had been remarkable.

Born to a socialist father in a protestant East German family, Merkel studied physics at Leipzig University, which led to a doctorate in quantum chemistry, before moving into politics.

She had “always been hiding her political talent”, Jacqueline Boysen, a Merkel biographer, tells Al Jazeera.

“She was underestimated,” Boysen adds. “Only one person really knew she would develop this aptitude, it was herself.”

Before the play is over

Although Merkel’s path to Germany’s highest office was striking, many argue her approach since has been anything but.

Instead, her leadership has been defined by calm and continuity.

“She’s not doing it to satisfy herself, but [is instead] driven by a sense of duty. She doesn’t want to leave the stage when the play isn’t over,” says Boysen.

Critics say she is overly pragmatic and lacks a driving ideology.

READ MORE: Angela Merkel is not the great progressive messiah

They point to her reversal on nuclear power – Merkel has vowed to phase out Germany’s nuclear power plants by 2022 despite earlier undoing a preceding government’s decision to end their use – and allowing an open vote on the legalisation of gay marriage, something she has publically opposed, as evidence of this.

Boysen believes this is a by-product of her upbringing and one that has been beneficial to her leadership.

“She was marked by her childhood as the daughter of a Protestant pastor. Her Christian faith gave her the belief that human beings are limited. That’s not quite normal for political leaders who often want to be the ultimate authority themselves,” she adds.

“Merkel takes decisions after collecting facts and is not guided by ideology. She stays calm and modest, she doesn’t forget the first 35 years of her life.”

Those years, in which she lived under the rule of the Socialist Unity Party (often known by its German acronym SED) in the German Democratic Republic, or East Germany, have shaped her views since.

Merkel, who said that the fall of the Berlin Wall demonstrated “that dreams can come true, [and] nothing has to stay the way it is”, appears to believe in the power of politics to shape society for the better.

So much so that the CDU’s campaign slogan for this election, “For a Germany where life is good and we enjoy it”, may have been inspired as much by Merkel’s personal history as by the present national mood.

When the political is personal

Of the many issues that will play a part in defining the September 24 election – including education, the economy and healthcare – immigration will be central, says Julian Gopffarth, a researcher at the London School of Economics’ European Institute.

“There is a fear about what Germany could change into, and the feeling of having lost control [of immigration] for a little while. It’s definitely one of the key issues,” he tells Al Jazeera.

Under Merkel, Germany has opened its doors to hundreds of thousands of asylum seekers, most notably at the height of Europe’s refugee crisis in 2015, prompting fierce criticism from her detractors, who claim her stance has had an unacceptably high fiscal, social and administrative cost.

The far-right Alternative for Germany (AfD) party, who are expected to win up to 12 percent of the upcoming vote, becoming the first far-right party to enter the German parliament in more than a half-century, has been a particularly vocal critic.

Alexander Gauland, the party’s cofounder, has vowed to create a new committee in the Bundestag to examine Merkel’s track record on refugees and migrants entering the country.

“We want Merkel’s policy of bringing one million people into this country to be investigated, and we want her to be severely punished for that. We’re gradually becoming foreigners in our own country,” he said on September 17.

But such criticisms are unlikely to lead to Merkel’s defeat. Her resilience is attributable to her flexibility, says Gopffarth.

“She always incorporates and absorbs the opposite view and in that way, it’s impossible for opponents in, and outside of, her party to beat her,” he says.

Merkel has proved willing to listen, and respond, to criticism because for her the political is personal, says Boysen, adding: “She has lived under the circumstances of dictatorship, so knows how painful it is not to live in freedom. For her, it is more than a word.” 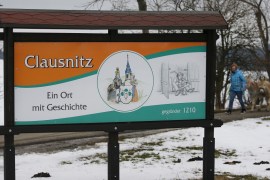 Clausnitz: When a mob awaited refugees in a German town

Once the face of anti-refugee sentiment in Germany, Clausnitz and its newcomers have learned to co-exist. 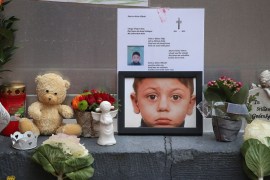 The 2015 murder of a four-year-old refugee in Berlin

At the start of the refugee crisis, dysfunction and danger awaited those registering for asylum in Germany.