The United States Department of Justice has found a US crafting giant company guilty of buying Mesopotamian artefacts it had illegally imported from a United Arab Emirates-based supplier.

Hobby-Lobby Inc, has agreed to pay a $3m fine following a federal lawsuit that accused it of buying 5,500 antiquities that were shipped under false documentation.

Judicial sources said that the stolen items were smuggled through the UAE and Israel, while US media reported that all of these artefacts were stolen from Iraq.

The Department of Justice said that a dealer residing in the UAE had shipped packages containing artefacts to three different US addresses belonging to Hobby Lobby.

The wrapped packages were deliberately given false descriptions that designated the contents of the packages as ceramic tiles, in order to avoid customs inspection.

The artefacts were destined for a display at the Museum of the Bible in Washington, DC, which is slated to open in November later this year. The museum is founded and funded by the owners of Hobby Lobby, the Green family.

Steve Green, the president of Oklahoma-based Hobby Lobby, issued a statement on Friday and said, “We should have exercised more oversight and carefully questioned how the acquisitions were handled.”

Hobby Lobby defended itself by saying it was new to the antiquities market when it began purchasing historical pieces for the Museum of the Bible back in 2010.

The New York Times reported Hobby Lobby saying it had made a mistake by dealing with traders and shipping companies “that did not understand the proper way to document and ship them”.

The Department of Justice, which stopped the largest operation to steal Iraqi antiquities, said that the smuggling of these antiquities violated the federal law of the US.

It also confirmed that it will take all measures to protect world heritage.

Earlier in the day, the officer in charge of the Internal Security Investigation in New York, Angel Melendez, said in a statement that the protection of cultural heritage is a task that the agency takes very seriously, noting that regardless of the prices attributed to these artefacts, the Iraqi people regard them as priceless. 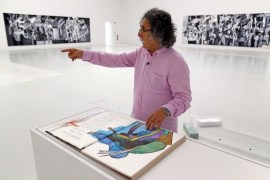 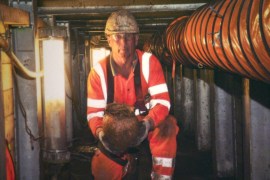