Caribbean to Caliphate – there are few films I have made that received similar, curious interest from friends and colleagues. Usually after a few seconds delay they ask: … “from where?” Nobody, it seems, imagines the palm-lined beaches of the Caribbean as a recruitment ground for the so-called Islamic State of Iraq and the Levant (ISIL, also known as ISIS).

The Africans are going to a pool of unemployment, they just sit in the ghetto and do nothing. And then drugs come in and it's a haven for the drugs. And now the guns are in, so the murder rate is just spiralling out of control.

And yet Trinidad has a problem.

At a conservative count, at least 130 Trinidadians have left for Syria and Iraq, which may not sound a lot, but the tiny two-island-nation has only 1.3 million inhabitants, which means that in terms of per capita figures, recruitment is the highest in the Western Hemisphere.

So the problem is genuine and the question is, of course, why? The answer depends on who you ask.

According to Yasin Abu Bakr, one of the main reasons why young black men are joining ISIL is their marginalisation. Abu Bakr is the leader of the Jamaat al-Muslimeen, a militant group which counts mainly Afro-Trinidadian Muslim converts as its members.

The Jamaat al-Muslimeen staged a violent coup in 1990, trying to overthrow the government of the day. More than 40 people died in the unrest that ensued, and the coup failed, but after two years in prison its leaders were released as part of an amnesty.

Abu Bakr, who still preaches in the original compound, says the coup’s goals were to stop Trinidad’s drugs trade and to improve the living conditions of Afro-Trinidadians who stayed disempowered since they came as slaves.

“The Africans are going to a pool of unemployment, they just sit in the ghetto and do nothing. And then drugs come in and it’s a haven for the drugs. And now the guns are in and so the murder rate is just spiralling out of control,” says Abu Bakr.

‘Unruly ISIS’ and the criminalised image of Islam

Much of the media coverage on recruits has focused on young black men with gang connections who have gone to Syria. Trinidad suffers from finding itself on the drug route between South America and the US, Europe and West Africa, and with a plethora of feuding drug gangs the murder rate is out of control.

During our stay in Trinidad the black township of Enterprise was the focal point of violent attention. Younger members from the so-called “Muslim Gang” had assassinated their former Godfather Selwyn Alexis, aka Robocop, accusing him of not sharing the profits.

Since the killing, the new splinter group had become known as “Unruly ISIS’. Having been expelled from a number of mosques in Enterprise, they were now trying to claim a religious home by force.

The mosque of Imam Mourland Lynch, a Robocop associate, lies just across the road from Unruly ISIS’ headquarters. Imam Lynch says the police have told him he too is on the group’s hitlist.

When we meet he explains that gangs seek association with mosques because “if they go to the mosque on a Friday, all their sins will be washed away. They did not explain to them, it’s only a minor sin that’s washed away.”

But this is clearly not the whole story. Some of the members of Unruly ISIS were originally members of Imam Mourland’s mosque. He says he expelled them for trying to claim part of the drugs trade in the area. The police has raided his mosque several times for drugs and guns, but Imam Lynch points out they have never found anything.

The fact is that in certain neighbourhoods of Trinidad the image of Islam has become criminalised and associated with gangs. The funeral of former Godfather Robocop was attended by several religious leaders.

Imam Lynch says they are not worried about being associated with gangsters: “Once they get a cut of the spoils, they’re good with that. The Muslims are doing the crime and then some of them benefiting from it.” This, he agrees, leaves the field wide open for ISIL-inspired clerics who preach a cleaner version of Islam.

INTERACTIVE: The Rise of ISIL

The spectrum of Trinidadians who join ISIL

A generational rift has been growing: many of Trinidad’s younger Muslims no longer respect the country’s religious or political leaders, and the phenomenon is not limited to young black males in deprived neighbourhoods.

I think some people feel that there is no hope in changing the political system that exists here. And I strongly believe that some of these individuals say 'Maybe we will make more of a difference there'.

As our net of contacts expands, we hear of a different set of Trinidadians who left for Syria, a young lawyer who had just qualified for the bar, a Commonwealth games medallist, as well as the sons of wealthy, politically well-connected Asian business families. None of these want to go on record, however, and many have lawyers who keep journalists at bay.

To find out more we return to the Jamaat al-Muslimeen mosque, this time to speak to Fuad Abu Bakr, son of the leader of Trinidad’s Islam-inspired coup. Fuad has founded the New National Vision party as an alternative to the political mainstream which many regarded as deeply corrupt.

He says it’s time to understand the full spectrum of Trinidadians who join ISIL.

“Politicians sometimes try to minimise the issue and say that it’s a small group of people who are criminally oriented who get involved in these things, and that is not true,” he says.

He says the community he knows has little faith in mainstream news: “When a Muslim sees these videos of decapitating people on the beach and music playing in the background and these gory things, many of them don’t trust those images. They say ‘Who verified this footage?'”

Instead they turn to personal contacts and rely on direct communication through social media.

“If I have a friend who’s already travelled to Syria and they are sending me pictures of schools with kids and gardens and a society that is operating by Islamic laws, that would interest a Muslim individual. I think some people feel that there is no hope in changing the political system that exists here. And I strongly believe that some of these individuals say ‘Maybe we will make more of a difference there’.”

In the end, no matter what motivation and from which walk of life they were, the journey to Syria and Iraq took many Trinidadian recruits to Rio Claro in the south of the country. Boos mosque and its community under Imam Nazim became a religious pit stop for many travellers including Shane Crawford and Fareed Mustapha who feature prominently in ISIL social media.

Those who had attended the mosque told us Imam Nazim had preached the glory of the ISIL caliphate. Local and international security agencies had paid a number of official visits and probably many more undercover.

When we were granted a rare interview with Imam Nazim he denied being an ISIL recruiter. So far altogether 15 members of his own family have set off to Syria – his daughters, their spouses and his grandchildren – but Imam Nazim said he had no knowledge or influence.

The tides are now turning.

Many Trinidadians who have left for Syria are now reported dead or wounded, including the social media ISIL posterboy, Shane Crawford, whose last message was for Trinidadian sympathisers to carry out attacks at home.

Nobody can predict what the next chapter will bring, but ISIL is expert at inserting itself into local grievances. Trinidad is currently updating its anti-terror laws, but to stop recruitment politicians must create a more just society that gives a future to its young people. 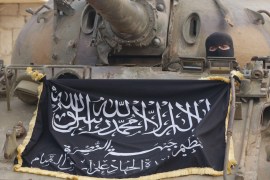 People & Power meets young Muslims who have abandoned the West to fight in Syria. 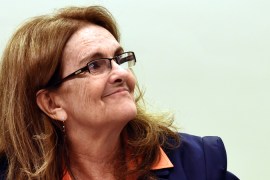 Latin American Muslims seem immune to radicalism and ISIL’s global recruitment campaign – but for how much longer?