On Tuesday, July 27 at 19:30 GMT:
Amid accusations of India’s government using spyware on journalists, Indian tax authorities raided several offices of prominent media organisations known for critical coverage of the government’s COVID-19 response. The raids were condemned by journalists and political opposition as an act of intimidation by Prime Minister Narendra Modi.

India has faced criticism before for using its authority against media outlets that challenge Modi and his right-wing Bharatiya Janata Party (BJP). In this year’s Reporters Without Borders (RSF) World Press Freedom Index, India ranks 142 out of 180 countries. Due to the deaths of four journalists who were killed in connection to their work in 2020, RSF wrote that “India is one of the world’s most dangerous countries for journalists trying to do their job properly.” Journalists continue to face intimidation for their reporting on Kashmir, minority issues, and critical coverage of Hindu nationalist groups.

News of the media raids follows accusations that the government targeted at least 40 Indian journalists and potentially infected their mobile phones with Pegasus spyware, a surveillance tool only licensed to governments by the Israeli cybersecurity firm NSO Group. The Washington Post reported that India has neither confirmed nor denied that it obtained Pegasus spyware.

In this episode of The Stream, we ask: What is the outlook for press freedom in the world’s largest democracy?

On this episode of The Stream, we speak with:
Arfa Khanum Sherwani, @khanumarfa
Senior editor, The Wire 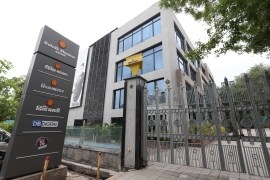