Libya has been mired in conflict and violence since the country’s 2011 civil war that toppled and later killed longtime dictator Muammar Gaddafi.

The oil-rich nation is now divided, with a UN-recognised but weak administration in the capital Tripoli overseeing the country’s west and a rival government in the east aligned with the self-declared Libyan National Army led by renegade military commander Khalifa Haftar.

Libyan MP and former foreign minister Aly Abuzaakouk and Haftar lived in exile in the US “for many years together as acquaintances, as friends … in Fairfax”, and also knew Gaddafi during his school days. They’d both “suffered from the ruthless regime” of Gaddafi.

But after Hafter went back to Libya and “started to build his own entourage”, Abuzaakouk “realised this is not a person I would continue to have a relationship with …  He is a man who believes he is worthy of controlling Libya and he always would speak about the need for a strong force to control Libya.”

In April, Haftar launched a military offensive against the government in Tripoli and vowed to fight until Tripoli ‘militias’ were defeated.

But according to Abuzaakouk, Haftar’s “base of support in the east is not as it used to be”. In an interview with Al Jazeera, he said that opposition to Haftar has grown after the assault on Tripoli, with tribes now openly opposing him and “calling for reconciliation with the rest of the country”.

“Many forces have come together … to support Tripoli, and the militia in Tripoli also defended their city … They stopped the forces of Haftar and now they are hitting them back,” he added.

But while support for Haftar might be waning inside Libya, he still has strong backers outside the country, says Abuzaakouk.

“The former president of Tunisia spoke about the axis of evil. Abu Dhabi, the Saudis and the Egyptians … This axis of evil has a mandate to work against the success of the Arab Spring,” he said.

“I think the international community have to realise they have supported Haftar with weapons against the United Nations Security Council resolutions. Everybody knows … that there are arms coming from … at least Abu Dhabi and Egypt to Mr Haftar.”

UN Secretary-General Antonio Guterres recently appealed to all countries to enforce the arms embargo against Libya saying the issue is “of immediate importance in de-escalating the current situation” and “of critical importance to the protection of civilians and the restoration of security and stability in Libya and the region”.

As Libya’s ongoing crisis is still being deliberated in the international community, Abuzaakouk believes that the world at large failed the once wealthy African nation. “Getting rid of Gaddafi was step number one. Building Libya to really restructure itself was step number two and the world community at large left Libya alone and that, I think, was a great mistake.”

“Life in Benghazi and in Derna is unbearable, it’s worse than the days of Gaddafi. There’s no freedom of speech, there’s no freedom of law, there are a lot of killings, extrajudicial killings … I’m very clear that the war crimes committed by Haftar or others should be investigated,” said Abuzaakouk.

“There are now forces in Washington, in The Hague to really follow up on the war crimes that have been committed in Libya … the Libyans deserve to have some of the criminals be brought to justice.” 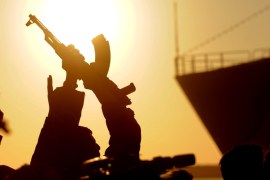 The Lust for Libya: How a Nation was Torn Apart

The legacy of the life and death of Colonel Muammar Gaddafi. 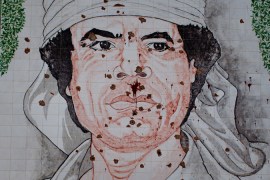 The story of the fall of Gaddafi as told by the insiders, defectors and military advisers who helped bring it about.