Deadly clashes broke out between rival Libyan militias in the centre of Tripoli late on Friday and into the early hours of Saturday, raising fears of escalating violence in the country divided between rival administrations jostling to wrest control of the oil-rich North African nation.

The health ministry said on Sunday that 32 people were killed in Saturday’s violence and 159 were injured, up from a ministry source’s previous estimate of 23 deaths and 87 injured.

Armed fighters backing the United Nations-recognised government based in Tripoli and the forces loyal to rival Prime Minister Fathi Bashagha have been engaged in the gun fighting threatening the civilian population, with health officials urging for a truce to evacuate people and to provide safe passage to aid the injured.

Tensions have simmered since Bashagha was appointed prime minister in February by the eastern parliament based in Tobruk, with Prime Minister Abdul Hamid Dbeibah, the head of the UN-recognised Government of National Unity (GNU), refusing to cede power.

The UN-backed government says it has taken control of the capital after the worst fighting in two years.

Here is what we know so far. 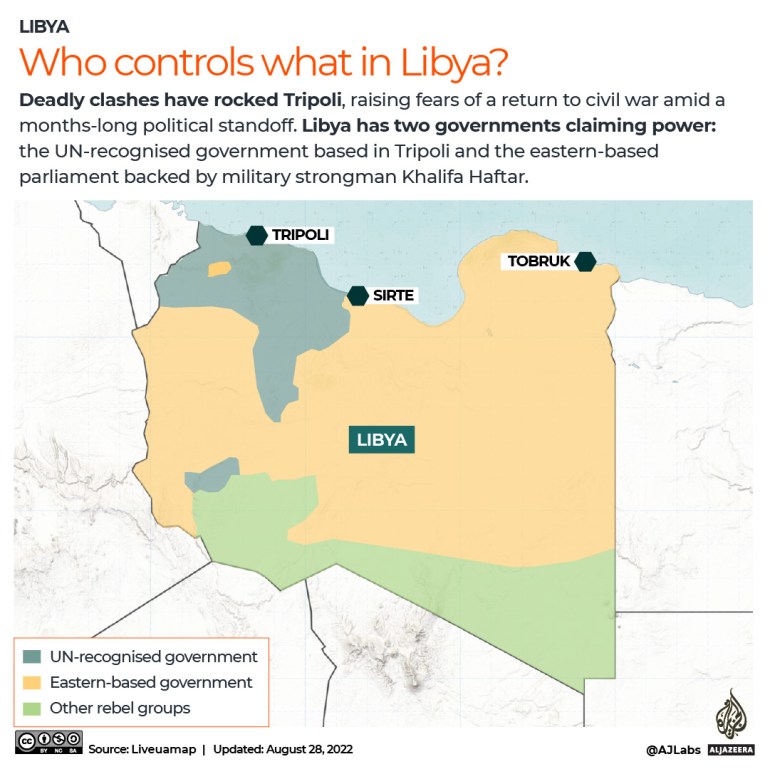 What were the casualties?

Who are the fighting parties?

What’s behind the violence?

Are there fears of escalation?