The Muslim holy month of Ramadan is on, during which the faithful observe roza or fast from sunrise to sunset. The fast entails abstinence from eating, drinking, smoking and sexual relations to achieve greater “taqwa”, or consciousness of God.

Ramadan is observed to mark the month in which the first verses of the Quran, Islam’s holy book, were revealed to Prophet Muhammad more than 1,400 years ago.

During the month, Muslims wake up before the sun rises to have a pre-fasting meal, or suhoor, and break the fast at sunset with an iftar – followed by prayers that can go on late into the night.

The practice has given birth to several traditions across the world on waking up the faithful for the pre-dawn suhoor, such as the last remaining singers in Jordan.

South Asia, home to nearly one-third of the world’s Muslim population, also has some interesting – though dying – traditions.

Here are a few:

The Sahar Khans of Kashmir

At around 2.30 am, Tariq Ahmed Sheikh, an 18-year-old from Koil in Indian-administered Kashmir’s Pulwama district, walks out of his home along with his father Showkat, 51, as they set out in the dark alleys and bylanes of their village.

Holding a drum slung from his neck, with two drumsticks in hand, he shouts “waqt-e-sahar” (“time for suhoor”), beating his drum as the father-son duo wake up the residents in his neighbourhood.

After walking for about 5km (2.2 miles) and covering about 200 households, they return home after an hour to have their suhoor.

Tariq and Showkat are known as Sahar Khan in the Muslim-majority Himalayan region.

Showkat, who makes a living doing manual labour work for the rest of the year, has been working as a Sahar Khan during Ramadan for more than twenty years. He inherited the work from his father.

For the past three years, he has been accompanying his son, teaching him the craft so that he can carry the tradition forward.

Although alarm clocks and smartphones have affected their work and their earnings have come down, Showkat says they do this “noble work” because it gives them “sawab” (reward). Besides, they want to keep the tradition of Sahar Khan alive.

“Even if some people don’t want us to disturb them and we earn little out of this work now, we will continue to do this work every Ramadan,” he told Al Jazeera.

At the end of the holy month, the Sahar Khans visit the residents in the neighbourhoods they had served and accept whatever people give for their work. It’s mostly rice and cash, ranging between 5-10 thousand rupees ($68-136).

Nazir Ahmed Parray, a 48-year-old Sahar Khan from northern Kashmir’s Hajin village, says his father worked as one for about 70 years before passing on the mantle to him and his younger brother.

“Before his death, my father advised us to continue this tradition even if we don’t each earn much out of it,” says Parray. “He advised us to see it as a divine work whose reward is in the hereafter.”

Parray, who has been a Sahar Khan for 30 years, says people do not wait for their arrival with the kind of anticipation they displayed earlier.

“Although some people don’t want us to disturb them at midnight, there are others who want us to keep the tradition alive and even call us to come to their areas during Ramadan,” he told Al Jazeera.

Parray says his young nephews accompany him now as he teaches them how to properly beat the drums and wake people up for suhoor.

Parray has also witnessed the turbulent 1990s when an armed rebellion against Indian rule began in the disputed region, claimed by India and Pakistan in entirety while ruling over parts of it.

As the conflict intensified, Parray remembers the restrictions imposed by the local administration during the nights. Military crackdowns and raids at homes were common.

There were also instances when Sahar Khans like him would be stopped by patrolling soldiers and questioned about their movement at midnight.

“Sometimes we had to inform the nearest army camp about our midnight movement ahead of Ramadan so that they would not stop us from doing our work,” Parray told Al Jazeera.

After New Delhi scrapped the special status of Indian-administered Kashmir on August 5, 2019, a months-long shutdown and communications blockade also restricted their movement. That was quickly followed by another long lockdown due to the coronavirus pandemic.

But the Sahar Khans say the restrictions have not stopped them from continuing their traditional work.

Noted Kashmiri poet and cultural activist Zareef Ahmad Zareef says the tradition of Sahar Khan came to the Kashmir region from Central Asia. When he was a child, he said there was only one Sahar Khan, Ghulam Mohammad Baengi, for entire Srinagar, the region’s main city.

Zareef said Baengi would cover long distances on foot, waking up people by blowing a coil-shaped, hollow horn of a sheep which generated a loud noise.

“He would also recite verses in praise of Prophet Muhammad as he walked on the empty streets of Srinagar at midnight. People, mostly children, would wait for his noise and sometimes come out on the streets and peer out through their windows to catch his glimpse,” says Zareef.

Despite people now relying on alarm clocks and smartphones, Zareef says no modern gadget can replace the Sahar Khans.

“Even today we have alarm bells and latest smartphones but we still see and hear Sahar Khans at sehri (suhoor) time every year during Ramazan,” he says. “Ramadan is incomplete without Sahar Khans in Kashmir. They enrich the experience of this holy month.”

The town criers of Old Delhi

Like other residents of India’s capital New Delhi, he is tense about the all too sudden rise in COVID-19 cases. The pandemic has marred Ramadan celebrations, with the city of more than 20 million residents now under lockdown.

“The tradition of waking up people for sehri will soon become history if the situation continues,” Ahmed told Al Jazeera.

He is among the few remaining “munaadis” (town criers) who roam the city’s streets, calling out the devout to wake up for sehri.

As recently as the 1980s, the older parts of Delhi – seat of the Mughal emperors and now more popularly known as Old Delhi – had numerous munaadis, with residents offering them cash and delicacies.

But modern gadgets such as alarm clocks and smartphones have made their services redundant in many areas.

However, a few still volunteer selflessly. It was in 2015 when Ahmed’s ustad (an honorific title for an expert in classical singing and music) fell sick. “He desired that I work as a munaadi. Ever since, unfailingly, I have performed the task,” he says.

Wearing a kurta-pajama and skullcap, Ahmed frequents the empty streets of Lal Kuan Bazaar, Farash Khana and Rakabganj localities, cautious of not intruding into another munaadi’s zone.

He recites verses from the Quran and other traditional sources. In the initial days of Ramadan, the narrations are about welcoming the holy month; later, the “alvida” (farewell) hymns.

“We functioned out of respect for the clerics or the spiritually-inclined among family and friends. Some of us went out in groups. But for now, all this has stalled,” Ahmed rues.

Having lost his job with a real-estate developer recently, Ahmed has held the title of a munaadi with reverence.

Laik Khan, a 72-year-old resident of Teliwara in Old Delhi, is another munaadi.

“Last year, the lockdown marred all festivities. We were hopeful this year, but expectations of the usual soiree have again crashed,” he told Al Jazeera.

Starting his day at 2.30 am, Khan has been promoting the munaadi tradition for over 20 years. Holding a torch and a stick, he alerts people about suhoor in localities such as Sis Ganj and Kishan Ganj.

“Being a fruit vendor, my voice was fit to rouse people,” he laughs.

Familiar with the neighbourhood, he gives them a shout-out. Some acknowledge, pay him cash and offer delicacies. A few request him to call out the names of their children, who return the favour with excitement and glee.

“But lately, people have begun to dissuade me from addressing them – some due to privacy issues, others say it disturbs the sleep of the elderly and children, who may not be fasting,” he says.

Khan says he does not expect much monetary gain. “Our generation worked for sawab (spiritual reward).”

The fading Qasida tradition in Bangladesh

In Bangladesh’s capital Dhaka, a group of volunteers sing, beginning at around 2 am, as they pass by the narrow alleys of the older parts of the city to wake up the “rozedaars” (those who fast).

The songs are from the Qasida genre of Urdu poetry and formed an integral part of Ramadan. The singers used to be patronised by the influential families of different neighbourhoods.

The older quarters of Dhaka had a rich tradition of Qasida singers dating from the Mughal era, but the tradition is slowly fading away.

Rashed Al Amin, a leather businessman from Khajidewan area of Old Dhaka, says Qasida is a tradition he grew up with during Ramadan.

“I can still memorise the lines of some of the one of the Qasida songs,” he told Al Jazeera.

Rashed’s maternal grandfather Nannu Sardar was one of the neighbourhood leaders.

“In my childhood, I used to see that before the start of the month of Ramadan, a group of Qasida singers would visit our home to get my grandfather’s blessing. There was a culture of patronising those singers.”

He says that with the emergence of satellite TV, internet and social media, many people, especially the youngsters, barely sleep before sehri.

“Earlier, it was not like that. After the taraweeh prayers (night prayers during Ramadan), people would go to sleep,” he said.

To wake them up, Qasida singers would sing soulful songs, mostly drawn from famous Urdu poets from India and Pakistan.

“Beginning in the 1980s, some of these singers also started writing songs in Bangla. But Qasida songs are mostly in Urdu,” Rashed said.

Azim Bakhsh, chairman of Dhaka Kendra, a cultural organisation in the city, says the high-rise apartments are also a factor behind the slowly fading tradition.

“Qasida songs were appropriate in a close-knit neighbourhood with two or three-storied buildings on both sides of a lane. Now those houses have been replaced by high-rises and joint families have become nuclear. So the Qasida culture has been replaced by TVs and internet,” he says.

Besides, Bakhsh said since Qasida songs are mostly in Urdu, many people think it is a non-Bengali tradition.

“But it’s not true. Urdu in Dhaka is not like Urdu in Pakistan. It’s colloquial Urdu with some intrusion of Bangla words into it.”

Singers such as Shamsher Rahman, who lives in Lalbagh area of Dhaka, continue to bear the mantle of the Qasida tradition.

Rahman took over after his teacher, Ustad Jumman Miah, died in 2011 after 60 years of being a Qasida singer.

“I learned Qasida songs from my Ustad. I have also performed with him at different neighbourhoods in Old Dhaka,” Rahman told Al Jazeera.

“People gave us gifts and money. Besides, we used to get bakhshish (monetary gifts) at the end of Ramadan or on the day of Eid al-Fitr.”

Rahman is optimistic the Qasida tradition will not be completely lost. “There are still few groups practising the tradition. I believe it will survive the test of time.” 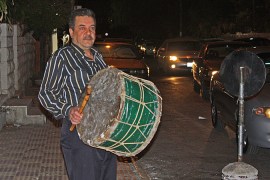 The last of Jordan’s Ramadan singers

While the need for Misaharatis has declined, traditional chanters in Amman still wake people up for the Suhoor meal. 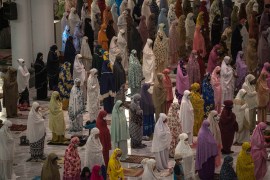 Muslims start Ramadan under the shadow of the coronavirus

Millions of Muslims around the world observe fasting as they mark the beginning of the holy month of Ramadan. 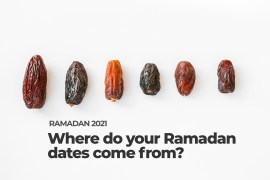 Infographic: Where do your Ramadan dates come from? 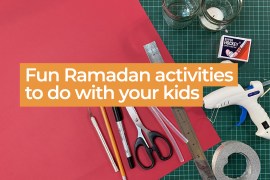 Fun Ramadan activities to do with your kids

Festive decorations for Ramadan that you can make to liven up your home for suhoor and iftar.