The number of new COVID-19 cases in China nearly doubled on Wednesday as more patients were confirmed with the virus in Hebei, the province surrounding Beijing, which began mass testing of the entire provincial capital and restricted travel after detecting 20 cases earlier this week.

Hebei, which entered “wartime mode” on Tuesday, accounted for 51 of the 52 new locally transmitted cases reported by the National Health Commission on Thursday. State media reported that 50 of those cases were in the provincial capital, Shijiazhuang, a city of 11 million people about 300 kilometres (200 miles) south of Beijing.

Authorities in the province have launched a mass-testing drive, closed schools, banned gatherings and suspended bus and train services to reduce the spread of the virus. Some two million samples have been collected from residents so far and 600,000 tested, according to the state-run newspaper, China Daily.

The total number of new COVID-19 cases for all of mainland China stood at 63, compared with 32 reported a day earlier – the highest number in a single day since July. The number of asymptomatic patients, people who have been infected with the SARS-CoV-2 virus but have yet to develop any symptoms, also rose to 79 from 64 a day earlier.

Main highways leading into Shijiazhuang have been closed and inter-city bus travel halted in an attempt to prevent the virus spreading beyond the city.

The state-run Global Times newspaper reported that railway tickets from Hebei to Beijing were no longer being sold.

State broadcaster CCTV showed a small crowd gathered outside a railway station in Shijiazhuang being directed by medical staff in full hazmat suits and protective wear.

“I did the nucleic acid test last night but don’t have the results yet. Without it I can’t leave the city,” one young woman told the channel.

One district of the city has been declared high risk and sealed off and authorities said tens of thousands had already been tested for the virus. Three officials in the district had been “punished for negligence in COVID-19 intervention”, the China Daily reported, citing the Shijiazhuang anti-corruption authority.

China has taken aggressive measures to stamp out any clusters of new cases and prevent a second wave of the outbreak, which first began in the central city of Wuhan late last year. The authorities eventually sealed off the city and its surrounding province as the dangers of the virus became clear but it was too late to prevent the spread of the disease beyond China’s borders.

The total number of confirmed COVID-19 cases in mainland China now stands at 87,278, while the death toll remained unchanged at 4,634. 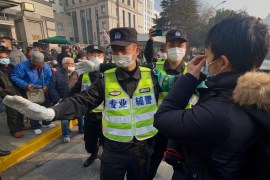 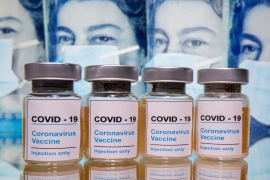 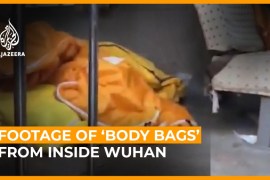