Toronto, Canada – Braving near-freezing temperatures and rains, hundreds of people in Canada’s major cities came out during the weekend to demonstrate their solidarity with the protesting farmers in India.

Rallies were organised in Montreal, Toronto and other Canadian cities against Indian Prime Minister Narendra Modi’s government passing contentious farm bills in September, which farmers say will deregulate the agriculture sector and drastically affect their livelihoods.

“We are out here because the laws are simply unjust. It’s not fair what’s going on there,” Manpreet Singh Pabla, a Toronto-based entrepreneur protesting outside the Indian consulate, told Al Jazeera.

Pabla, whose late grandfather was a farmer and whose family members back home still farm, said the solidarity demonstrations were not about one religious group.

“These [Canadian demonstrations] are not just about Sikhs or Punjabis or religious – they are about all farmers. We are just trying to help protect people’s livelihoods and their way of life.”

Sikhs constitute less than two percent of Canada’s population, but the community is one of the most powerful immigrant groups in the country.

The weeks-old farmers’ protests in India have seen mass participation by Sikh farmers, most of them belonging to the northwestern states of Punjab and Haryana.

However, farmers from across India, including the states of Rajastan and Uttar Pradesh, have also hit the streets, condemning the new laws and demanding their repeal.

Amanpreet Singh, president of the Sikh Gurdwara Guru Nanak Darbar temple in Montreal, said about 1,000 people showed up for a Farmers’ Car Rally he helped organise on Saturday.

“There were at least 300-400 cars that attended the demonstration,” said Singh, adding that he previously worked as a farmer in India.

Jaskaran Sandhu, director of administration at the World Sikh Organization (WSO) of Canada, said for “the majority of Sikhs and Punjabi in the diaspora”, there is still a strong connection to farming back home, with their involvement in the trade going back generations.

“In fact, the connection is so strong [that] many Punjabis and Sikhs who settle abroad, they actually go into agriculture,” Sandhu said, citing examples of Punjabis operating farms in several provinces of Canada.

But the farmers fear the legislation would eventually cause the government to stop buying grain at guaranteed prices, leaving them open to exploitation by corporations. Moreover, critics say the laws were rammed through the parliament with little to no consultation.

Various rounds of negotiations between the leaders of the farmers’ unions and the government have failed to break the deadlock.

Pabla said he hopes more people of other backgrounds, not just of Indian descent, would join the Canadian rallies, similar to the Black Lives Matter protests last summer.

WSO’s Sandhu said the protests in Canada were aimed at increasing “international scrutiny” on India and to have global leaders speak out so that “India knows they are being watched”.

Speaking at an event last month to mark the 551st birthday of Sikhism’s founder Guru Nanak, Canadian Prime Minister Justin Trudeau said reports out of India were “concerning” and that his country would “always be there to defend the rights of peaceful protest”.

India had condemned Trudeau’s comments, calling them an “an unacceptable interference in our internal affairs” and summoning the Canadian envoy in New Delhi to register a complaint.

But Trudeau was not alone. Various leaders of Canada’s ruling and opposition parties raised concern over the protests, including the opposition Conservative Party’s Erin O’ Toole.

Jagmeet Singh, the Sikh leader of the left-leaning National Democrat Party said “the world was watching when those protesters were met with violence and brutality by the Indian state”.

The WSO’s Sandhu said there was “nothing controversial” about “whatever Trudeau, Singh or O’Toole said”.

“India is very self conscious about any type of scrutiny, considering their atrocious human rights record and history of state-sponsored violence against minorities. And when Canada does it, in their minds it always seems to be the Sikh diaspora’s advocacy behind it.”

Trudeau is seen as a strong proponent of immigration, someone who has been praised for including members of minority groups in his cabinet, including three Sikhs.

Ties between Canada and India have remained frosty since Trudeau took power in 2015, reaching a new-low in February 2018 when he visited India and was “snubbed” for most of his trip by Modi and his ministers.

India accuses Canada of supporting Sikh separatism, known as the Khalistan Movement, that aspires for a separate homeland for Sikhs. Ottawa has vehemently denied the allegations. 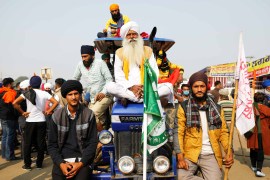 A popular upsurge against neoliberal arithmetic in India

The farmers’ strike in India has become about much more than controversial farm legislation. 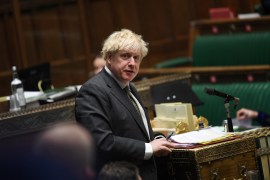 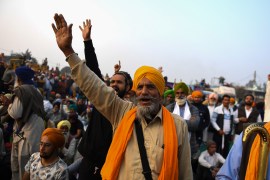