Islamabad, Pakistan – Pakistan has summoned France’s ambassador in Islamabad to express its deep concerns over what it called “systematic … Islamophobic acts” in the European country.

The row centres around recent remarks by Macron regarding Islam and the issue of “blasphemy” that have sparked outrage in several Muslim-majority countries, including Pakistan, Turkey and in the Gulf.

Last week, Macron hailed Samuel Paty, a French schoolteacher who was beheaded by an 18-year-old man for showing cartoons of Islam’s Prophet Muhammad in his class, as a “quiet hero”.

“[Paty was killed] because he embodied the Republic which comes alive every day in classrooms, the freedom that is conveyed and perpetuated in schools,” said Macron. “Samuel Paty was killed because Islamists want our future and because they know that with quiet heroes like him, they will never have it.”

Muslims believe any depiction of the prophet is blasphemous. On Friday, the cartoons were projected onto government buildings in France.

Macron, who in September had defended the “right to blaspheme” under free speech rights, pledged earlier this month to fight what he termed “Islamist separatism” in France.

“The problem is an ideology which claims its own laws should be superior to those of the Republic,” he said during a visit to an impoverished Paris suburb on October 2.

The French government, he added, would work to enforce regulations that limit home schooling and to take other administrative actions that would limit what Macron referred to as “indoctrination”.

The remarks have been met with anger in some quarters.

The row deepened on Monday, with Erdogan calling on Turkish people to not buy French goods.

Trade associations in several Arab countries had already announced a boycott of French products on Sunday, the same Khan also criticised Macron for his comments.

“This is a time when Pres[ident] Macron could have put healing touch and denied space to extremists rather than creating further polarisation and marginalisation that inevitably leads to radicalisation,” the Pakistani prime minister said in a Twitter post.

“It is unfortunate that he has chosen to encourage Islamophobia by attacking Islam rather than the terrorists who carry out violence, be it Muslims, White Supremacists or Nazi ideologists.”

Khan did not explicitly mention the attack on Paty, or other violent attacks related to alleged blasphemy, in his comments on Sunday.

Blasphemy is a particularly sensitive subject in Pakistan, whose strict blasphemy laws can carry a mandatory death sentence for certain forms of the offence. Increasingly, blasphemy allegations have resulted in violent attacks in Pakistan, where at least 77 people have been killed in connection with such allegations since 1990, according to an Al Jazeera tally.

Last month, a Pakistani man was taken into custody by French police for allegedly attacking and seriously wounding two people with a meat cleaver in Paris over the issue of blasphemy.

Khan has frequently brought up the issue of rising Islamophobia, especially in Western European countries and the United States, once again focusing on the issue during his address to the United Nations General Assembly in September.

On Sunday, he wrote a public letter to Facebook founder Mark Zuckerberg asking the social media platform to place a ban on content deemed to be Islamophobic or encouraging hate against Muslims.

He referenced the platform’s recent decision to ban content that supports the Holocaust genocide against European Jews between 1941 and 1945, or questions its existence.

“Given the rampant abuse and vilification of Muslims on social media platforms, I would ask you to place a similar ban on Islamophobia and hate against Islam for Facebook that you have put in place for the Holocaust,” Khan said in a copy of the letter published by his office.

“The message of hate must be banned in total – one cannot send a message that while hate messages against some are unacceptable, these are acceptable against others.”

In a statement emailed to Al Jazeera on Monday, a Facebook spokesperson said the company continued to work to address any hate speech on the platform.

“We stand against all forms of hate including hate targeting the Muslim community,” said the spokesperson. “We do not allow people to attack anyone based on their race, ethnicity, national origin or religion, and we remove this hate speech as soon as we become aware of it.”

The spokesperson said Facebook “appreciate[d] feedback from governments, experts and communities as we work to keep our platform safe.”

In the second quarter of 2020, the platform acted against 22.5 million pieces of potential hate speech, compared to 9.6 million in the previous quarter, according to company data. 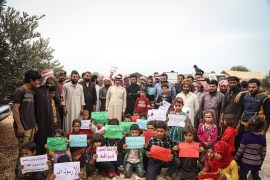 Leaders and groups across Muslim world join debate amid protests, while Europe stands by Macron and criticises Turkey. 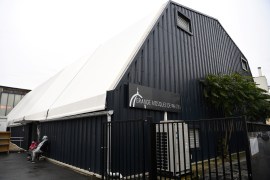 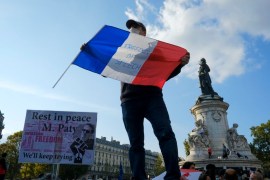