The meeting is expected to address “current issues in the Muslim world” and “recent developments in a number of OIC member states”, according to the official agenda.

Topping the summit discussions will be regional security issues amid soaring tension between Iran and the United States and its Gulf allies.

What is the OIC?

Today, with 57 member states from four continents, the OIC is the second-largest intergovernmental organisation in the world after the United Nations, with a collective population reaching over 1.8 billion.

The majority of its member states are Muslim-majority countries, while others have significant Muslim populations, including several African and South American countries.

While the 22 members of the Arab League are also part of the OIC, the organisation has several significant non-Arab member states, including Turkey, Iran and Pakistan.

It also has five observer members, including Russia and Thailand.

The organisation has permanent delegations to the UN and the European Union and its official languages are Arabic, English and French.

Why was the OIC established?

The OIC first met in Morocco in September 1969, a month after an arson attack inside the Al-Aqsa Mosque that destroyed part of the roof and the 800-year-old pulpit of Salahuddin, best known for recapturing Jerusalem from the Crusaders in the 12th century.

Reacting to the incident, representatives from 24 Muslim countries met in the capital Rabat to establish a body that would promote cooperation across the Muslim world.

In March 1970, the first Islamic Conference of Foreign Ministers was held in Jeddah, Saudi Arabia, and plans for setting up a permanent secretariat for the OIC were established.

Issues relating to Palestine have been central to the OIC’s agenda and summit discussions. The organisation has continuously condemned what member states consider Israeli aggressions against the Palestinians.

Other issues that have also taken centre stage in OIC summits include the wars in Bosnia and Iraq, a rise in the number of refugees from Muslim-majority countries such as Syria, as well as Islamophobia in the West.

According to its charter, the OIC aims to preserve Islamic values, safeguard and defend the national sovereignty and independence of member states and to contribute to international peace and security.

While the organisation has been known for its cultural and social projects, its political influence has been relatively limited.

“Typically, in the past, the OIC has been effective in promoting cultural and educational projects across the Muslim world,” Sami Hamdi, a Middle East expert, told Al Jazeera. “However, its political capabilities remain severely limited.”

According to Mamoon Alabbasi, a political analyst focusing on the Middle East and North Africa region, while the OIC has relative political weight, its rhetoric does not always translate into action on the ground.

“With 57 member states… the OIC carries a [relatively] heavy political weight… [and] impact. But how much change that makes on the ground is not always clear,” said Alabbasi.

Adding to its political limitations is its inability to unify its stance on issues, say experts.

“Like other international organisations, such as the UN General Assembly, the OIC is supposed to have a unified voice but it does not because policies of the individual countries greatly differ,” said Alabbasi.

“Most importantly, the OIC doesn’t have a unified voice because most of its member countries are not democracies. So, while their populations may be in agreement [over an issue] they do not always represent the views of their populations.”

Hamdi agrees: “The OIC has a broad spectrum of different cultures. This means that on the political front, even if there is a united stance, it means very little, practically.”

Is the OIC relevant and effective?

Like other intergovernmental organisations, although resolutions issued by the OIC are not usually followed by action, statements usually point towards member states’ “red lines” that they cannot cross, say experts.

“If you want to know what position member states can take in the eyes of their own public, statements by the OIC are reflective of that. They [statements] show their [member states’] limits,” explained Alabbasi.

Because the OIC includes a significant number of Arab states among its membership, it has often been compared with the Arab League.

While the two organisations share many similarities, the main difference lies in the OIC’s limited politicisation compared with the Arab League, say analysts.

“The Arab League is more of a political entity than the OIC given the close proximity of its members and the, often joint, threat that the countries have had to face in the past,” according to Hamdi.

According to Alabbasi, because of its wider scope of membership, a lack of consensus within the OIC sets it farther apart from the Arab League.

“The OIC is very different in the sense that member states cannot get a consensus across,” said Alabbasi

“But in other organisations such as the GCC, and to a lesser extent the Arab League, there tends to be an agreement on issues in broad terms, as opinions are similar, even if there is some disagreement,” added Alabbasi.

How does the OIC operate?

The OIC holds an Islamic Summit once every three years. At the summit, heads of state discuss ways to achieve the charter’s objectives and make policy decisions that concern its member states.

Talha Abdulrazaq, a Middle East expert at the University of Exeter’s Strategy and Security Institute, explained how OIC decisions and resolutions are much like they are at UN General Assembly.

“Member states each get a vote. Each member state can table a resolution and then others can vote on it or suggest tweaks.

“But much like the GA, OIC resolutions aren’t binding. They are just a declaration of the general feeling of the leaders of the Islamic world,” said Abdulrazaq.

Meeting on a more regular basis, the council of foreign ministers convenes annually to evaluate the implementation of the organisation’s policies and objectives.

The general secretariat, the OIC’s executive body, is responsible for implementing those decisions. 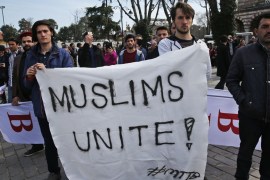 The meeting of the Organisation of Islamic Cooperation to be held in Istanbul in the wake of Christchurch massacre. 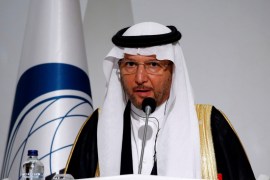 The Organisation of Islamic Cooperation says it will create a committee on accountability for crimes against Rohingya.