As journalists closed its doors for the last time early on Monday morning, the independent Phnom Penh-based newspaper, The Cambodia Daily, had one last headline for the government it tirelessly worked to keep in check for more than 24 years: “Descent Into Outright Dictatorship”.

The headline ran with a photo of Kem Sokha, a Cambodian opposition party leader who was arrested at his house in the early hours of Sunday for “treason”.

The newspaper’s final front page was aimed at marking a low point for a country that just over three years ago saw tens of thousands of protesters take to the streets in a pro-democracy movement that hoped to topple long-serving ruler Prime Minister Hun Sen.

At the time, Cambodians mobilised to protest the results of a 2013 election that the opposition said were rigged.

The demonstrations posed the greatest challenge to the leader in three decades, and with elections slated for next year, opponents accuse the ruling Cambodian People’s Party (CPP) of a widening crackdown against critical voices.

“It is a total threat to democracy and the right to information of the people for the upcoming election,” Mu Sochua, a senior member of the opposition party, told Al Jazeera.

The Cambodia Daily’s long tenure of uninterrupted news coverage came to an end after a month-long dispute with the government’s tax department, which slapped the newspaper with $6.3m in back taxes, a figure the newspaper strongly disagreed with.

But they also had to endure attacks from Hun Sen himself, who branded the Cambodia Daily a “thief”.

“It’s a terrible end for a newspaper that did so much to deliver information to the Cambodian people,” she said.

The newspaper was founded in 1993 by former Newsweek foreign correspondent Bernard Krisher at the behest of then King Norodom Sihanouk, who was also a regular reader.

Despite having a small staff of around 30 journalists, The Cambodia Daily enjoyed a good international reputation in addition to being a training ground for young journalists, who would go on to work for top-tier news organisations including The Associated Press, Reuters and The New York Times.

But the government is not through with the Cambodia Daily yet. Even after the newspaper shuttered its offices, the taxation department on Monday issued a statement barring its publishers, Deborah Krisher Steele and husband Douglas Steele, from leaving the country until the debt is paid.

“It’s extremely troubling that not only would they go for the Daily, but after closing it still want a piece of the Daily,” said DeJonge.

The closing of The Cambodia Daily has drawn sharp criticism from human rights groups who are now calling for donors to pressure the government to reverse the action.

“The government’s targeting of the highly regarded Cambodia Daily is one of the gravest threats to freedom of the press in Cambodia since the 1991 Paris Peace Accords,” Phil Robertson, deputy Asia director at US-based group Human Rights Watch (HRW), said in a statement.

Government critics say the closure of the newspaper and the arrest of leader Kem Sokha are only the latest in a series of attacks on both the media and pro-democracy institutions ahead of next year’s elections.

Last month, a total of 18 radio stations were ordered off-the-air, while access to the US-funded Radio Free Asia and Voice of America have also been limited.

Also in August, the Ministry of Foreign Affairs ordered the US-based National Democratic Institute to halt its operations in the country and its staff to leave for not fulfilling tax and registration obligations.

The moves signal a growing rift between the United States and an increasingly pro-China Cambodia, according to analysts.

“For years, Hun Sen’s government has equated the American promotion of democracy with the promotion of regime change. This is mostly fantasy, but there’s a lot of historical resentment behind this view,” said Sebastian Strangio, author of “Hun Sen’s Cambodia”.

“In the 1980s, the US was actively funding and supporting the CPP’s enemies; after UNTAC [United Nations Transitional Authority in Cambodia, groups like IRI [International Republican Institute] began working in Cambodia, at times explicitly expressing their support for the opposition. In the early 2000s, Congressmen called on several occasions for ‘regime change. All of these actions have remained firmly in the minds of the Cambodian leadership, and they have long memories.”

“These measures undercut Cambodia’s progress in recent decades and raise serious questions about the government’s ability to organise credible national elections in 2018 which produce an outcome that enjoys democratic legitimacy,” the US Embassy in Phnom Penh said in a statement on Sunday.

Despite withering hopes that Cambodia would one day become one of Southeast Asia’s democratic strongholds, faithful Cambodia Daily readers who took to social media to show solidarity for the now-fallen newspaper maintained hope that it may once again rise to restore a tradition of free speech it helped establish for more than two decades.

“All of you are heroes. [The] Cambodia Daily brought real, useful, logic … to [the] Cambodian people. We really appreciate you and hope you will come back,” one user wrote on Facebook.

Philip Heijmans is a freelance journalist formerly based in Myanmar and Cambodia and once served as an editor at The Cambodia Daily from 2010-2012. 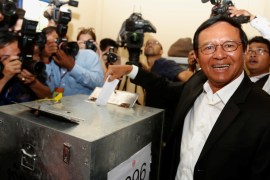 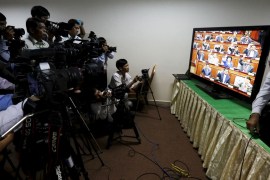