The commission’s findings were released as the government is refusing to allow a three-member UN mission to conduct its own probe into whether the security response amounted to “ethnic cleansing” of the stateless Rohingya minority.

Giving their conclusions on Sunday, the state-backed commission revealed that any “excessive actions” were likely committed by low-rank “individual members of the security forces”.

“Some incidents [of abuse] appeared to be fabricated … others had little evidence,” the commission said in a press release.

It also took aim at a detailed report by the UN’s Human Rights Office released in February this year.

The UN report said it was “very likely” that crimes against humanity had been committed during the crackdown.

Based on interviews with 204 witnesses who fled to Bangladesh, the UN alleged Myanmar security forces gang-raped Rohingya women, butchered children and tortured men.

The government commission refuted the UN findings, saying “no such cases were uncovered” in its work.

It also said the UN report lacked balance and failed to recognise the gravity of the attacks by Rohingya fighters.

The commission conceded that foreign media and NGOs should have been granted access to the zone during the conflict to dispel “misconceptions”.

The UN team was due to begin its work this month, but Aung San Suu Kyi‘s government declined to grant them visas, saying it would “only aggravate” the situation on the ground.

“Granting entry to the [UN team] would send a signal that the government is prepared to work collaboratively with the international community to help identify perpetrators of serious crimes, and deter future crimes by all parties to Myanmar’s armed conflicts,” he said.

The Rohingya are reviled in Myanmar and widely seen as illegal immigrants.

Roughly one million of the Muslim group are hemmed into the impoverished border zone near Bangladesh, which remains locked down and under curfew.

On Friday, up to 50 “warning shots” were fired at a Rohingya village during a raid.

In a separate incident, the bodies of three men and three women bearing machete and gunshot wounds were discovered near the Maungdaw township in Rakhine on Thursday. 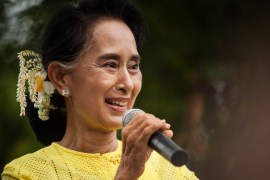 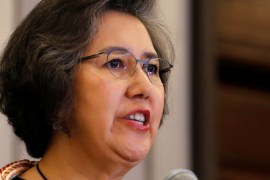 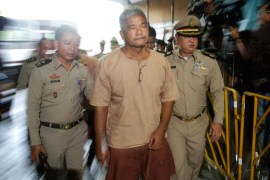 Many of the victims found in mass graves were Rohingya Muslims – a persecuted minority from Myanmar’s Rakhine state.