An eight-year-old Palestinian girl who was run over by an Israeli settler in the occupied West Bank was buried on Sunday.

Aseel Abu Oun was killed a day earlier by a settler who drove his car near where she lived in the Foroush Beit Dajan village, in the Nablus district.

She was leaving a supermarket around noon with a friend when she was struck.

Haaretz, the Israeli daily newspaper, reported that police detained the driver of the vehicle for questioning.

Police said they opened an investigation, Haaretz reported, but did not specify whether the settler had been released.

However, members of Aseel’s family said the announcement of a police investigation was simply an attempt by the Israeli government to quell public anger.

READ MORE: Duma arson attack – ‘The sadness has not stopped’

“We are used to the Israeli police and their ways of dealing with settler aggression or attacks on Palestinians,” Jawdat Abu Oun, a relative of Aseel’s, told Al Jazeera.

“We have asked for an independent, non-biased actor to oversee the investigation, but we don’t think it will go anywhere,” he said, adding that he believed it was likely the settler had already been released.

Tareq Abu Oun, the girl’s father, witnessed his daughter being run over and, with the help of other men, managed to stop the car from speeding away.

“The settler was armed and they took his weapon from him until the Israeli police arrived,” Jawdat said.

While it is legal for settlers to carry weapons in the occupied West Bank, Palestinians are banned from being armed.

‘Aseel hoped for a better future’

The victim’s short life was heavily affected by the Israeli occupation.

After moving his family from the village of Jaba to Foroush Beit Dajan, Abu Oun worked in agriculture but was plagued by constant visits and orders by the Israeli army to demolish his house.

Aref Daraghmeh, an expert on settlement affairs and Israeli violations, told local media that he had visited the 10-member family on Friday to document their suffering – the day Israeli forces officially notified them that their home would be seized.

“I spoke to Tareq [Abu Oun] about the threats the Israeli authorities made to him about demolishing his home and dispersing his family,” Daraghmeh said. “Aseel was sitting on the floor, holding papers, and was full of hope for a better future for her and her family.”

An Israeli police spokeswoman told local media that emergency services had tried to resuscitate the child on Saturday. She was announced dead on arrival at the hospital.

Incidents of Jewish settlers running over Palestinian children in the West Bank and occupied East Jerusalem are not uncommon and are rarely investigated, even in fatal cases.

In 2014, five-year-old Inas Khalil and her friend Touleen Asfour were walking home from their nursery school near a village in Ramallah when they were hit by a settler’s car. Inas died a few hours later.

Two weeks ago, four Palestinian boys – all six-year-olds – were severely injured when a settler mounted his car on a pavement in the East Jerusalem town of Silwan and struck them. The boys were all transferred to Hadassah hospital in Jerusalem. 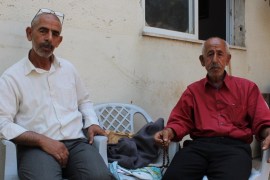