Police car video of a Minnesota officer shooting a black motorist, whose dying moments were livestreamed on Facebook, has been made public for the first time, just days after the officer was acquitted at trial.

The dashcam video – part of a trove of documents, images and audio from the investigation – shows Yanez approaching Castile’s car and explaining that he was pulled over for broken brake lights.

The 29-year-old Yanez, who was found not guilty of manslaughter and other charges, began shooting only seconds after Castile told the officer he had a gun.

“Sir, I have to tell you, I do have a firearm on me,” Castile said.

Before Castile finished that sentence, Yanez began pulling his weapon out of the holster.

There is shouting, and Yanez screamed “don’t pull it out” before firing into the car.

When Yanez opened fire, another officer near the car jumped back, and Yanez began yelling at the driver.

Castile, an elementary school cafeteria worker, had a permit to carry the weapon.

As more police and an ambulance arrived, Yanez could be heard breathing heavily and swearing and trying to explain his actions to fellow officers.

Although the patrol car footage was described repeatedly and was shown to jurors in the courtroom, it had never been released publicly.

The release of the video made some people even angrier about the death.

“One thing that it suggests is that the officer may have taken those actions because Castile was black,” Melanie Sloan, a former prosecutor, told Al Jazeera.

“It’s unlikely that someone would warn an officer that he was armed before shooting that officer.”

Steven Belton, the black president and CEO of the Minneapolis Urban League, said the video showed “a 21st-century lynching” and was “powerfully painful”.

He said it is a reminder of black men “hanging from trees, black men being shot, beaten, stabbed for being black”.

He said Castile was “gunned down like a rabid animal”.

Yanez’s acquittal prompted days of protests, including one in St Paul last Friday that attracted thousands and shut down Interstate 94 for hours. Eighteen people were arrested.

According to the Guardian newspaper’s The Counted database, at least 1,092 people were killed by police in the US last year.

According to a watchdog group The Sentencing Project, African American men are six times more likely to be incarcerated than white men.

On Tuesday, hundreds of activists and mourners gathered in Seattle to protest the police killing of Charleena Lyles, a 30-year-old African American woman, who was pregnant at the time of her death.

Police claimed that Lyles, who had a history of mental illness, had been armed with a knife. But her relatives and critics questioned why the officers did not use non-lethal weapons. 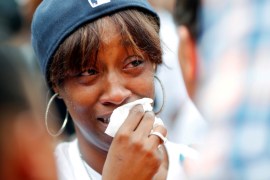 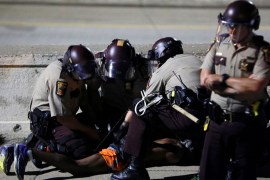 At least 18 people arrested in the US city of St Paul following acquittal of officer who shot and killed a black man.