Spring weather was slow to get started across parts of mainland Europe this year, with a late blast of cold air and snow to many countries in the continent’s eastern parts and throughout the Alpine regions.

As the end of May approaches, the weather is set to dramatically change, with the heat building from the south of Europe and spreading across much of the west, leading to a short warm spell, or heatwave.

The World Meteorological Organization (WMO) defines a heatwave as a period of time “when the daily maximum temperature of more than five consecutive days exceeds the average maximum temperature by five degrees Celsius, the normal period being 1961-1990”.

The classification varies globally, but the WMO definition is widely used as guidance by many countries around the world.

The heatwave forecast for much of mainland Europe this week is due to a large area of high pressure which will be sitting across the southwest of the continent, with the winds coming up from the warm, dry south and spreading into many areas from the west.

Temperatures are expected to exceed 30 Celsius across parts of Portugal, Spain, Italy, France and the UK.

Typically, this time of the year, maximum daily temperatures widely reach the mid-to-low 20s Celsius, but as this week progresses, daily high temperatures could be anywhere from six to 13 degrees above the average.

Overnight low temperatures, or night-time temperatures, are also expected to be above the average, giving rise to some warm, muggy nights ahead, making it difficult to sleep and get adequate rest.

It is important during any spell of hot weather to be aware of the dangers of heat exhaustion or heatstroke.

There are plenty of preventative measures that can be taken to stay healthy: keep hydrated, wear light-coloured, loose clothing, avoid the sun between 11am and 3pm, avoid excess alcohol and extreme exercise. It is also important to be aware of those more susceptible to heatstroke, such as young children, the elderly and those with long-term health conditions.

As the sunshine sets in this week, thousands of Europeans will head outdoors to experience this spell of fine weather, and with a few sensible precautions in place, can enjoy the heat comfortably and safely. 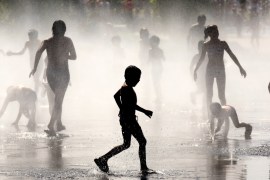 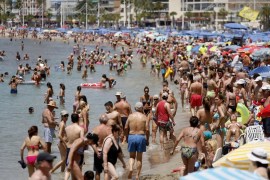 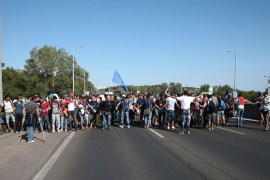