The UN’s special rapporteur on the occupied Palestinian territories has decried how Israel’s “illegal settlement enterprise has moved at an alarming pace” this year.

Michael Lynk pointed on Monday to announcements by Israel to build 6,000 new housing units in Palestinian areas, accompanied by “high rates of demolition of Palestinian homes in the West Bank, including East Jerusalem”.

He accused Israel of “the subjugation of [Palestinians’] humanity”, and also cited a UN Security Council resolution in December that called the establishment of settlements in the West Bank a “flagrant violation” of international law.

Lynk made the statements in a report presented to the UN rights council during the Geneva-based body’s mandated session on Israel, known as Agenda Item Seven.

READ MORE: What did the UN apartheid report expose in reality?

The US Department of State criticised the UN council on Monday for holding its Israel debate and vowed in a statement “to vote against every resolution put forth under this agenda item”.

The United States also boycotted Monday’s session saying the regular review showed the council’s “long-standing bias against Israel”, which threatens the “credibility” of the body.

Nikki Haley, US ambassador to the UN, denounced that Israel was the only country on the 47-member council’s calendar.

“It is not Syria, where the regime has systematically slaughtered and tortured its own people,” she said.

“It is not Iran, where public hangings are a regular occurrence. It is not North Korea, where the regime uses forced labour camps to crush its people into submission. It is Israel, the only democracy in the Middle East.”

A letter from US Secretary of State Rex Tillerson to advocacy groups, obtained by the AP news agency last week, said the US would not continue participating unless the council undergoes “considerable reform”.

In the more than 230 country-specific resolutions at the council since it was founded 11 years ago, more than one-quarter have been focused on Israel, whose policies in Palestinian areas have raised rights concerns for decades. 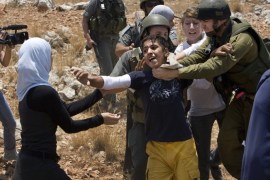 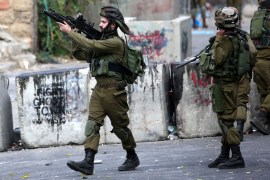