Pakistan’s Prime Minister Nawaz Sharif has ordered the immediate removal and blocking of all online content deemed to be “blasphemous” to Islam from social media – and for those responsible to be prosecuted.

Tuesday’s order came in the wake of ongoing hearings at the Islamabad High Court in a case seeking the blocking of all Internet content deemed to be “blasphemous”.

“The [posting of] blasphemous content on social media is an unclean attempt to play with the feelings of the Muslim Ummah [community],” Sharif said in a statement.

“Effective steps must be taken immediately to remove and block this material.”

Last week, Pakistani Interior Minister Chaudhry Nisar Ali Khan said the government was taking steps to contact social media companies such as Facebook and Twitter to remove or ban blasphemous content from being viewed in Pakistan.

READ MORE: A shrine to murder for ‘blasphemy’

“We will go to any extent even if we have to go to the extent of permanently blocking all such social media websites, if they refuse to cooperate,” Khan said in a statement on Thursday.

The petition in the Islamabad High Court accuses five rights activists who were abducted in early January of running pages on social networking website Facebook that had posted content deemed to be blasphemous.

Most have stayed silent since their release, but Ahmed Waqas Goraya, one of those abducted, has since spoken out publicly about being “tortured” by Pakistan’s powerful military during his disappearance.

The military has previously denied any connection to the disappearances of the activists.

Last week, Shaukat Siddiqui, the judge hearing the case in Islamabad, directed the government “to take some steps … to eliminate this evil [blasphemous content], even at the cost of blocking entire social media”.

The case has since expanded to include accusations against three journalists who discussed the allegations and the court orders in this regard on a television news show. 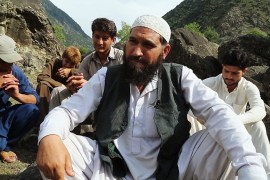 Top court adjourns final appeal in case of Asia Bibi, on death row since 2010, after a judge recuses from bench. 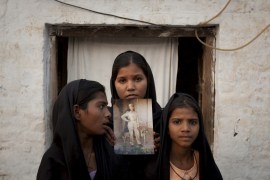